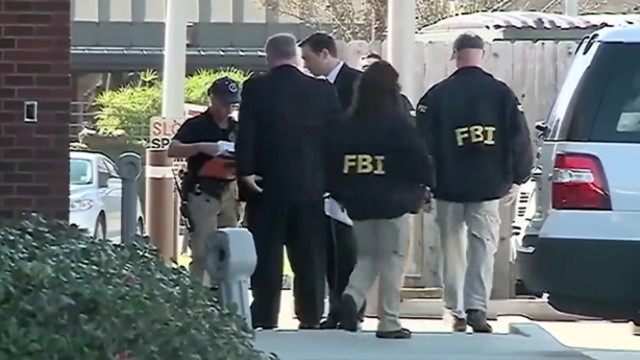 The Drug Enforcement Administration has taken a break from busting street level hoodlums and turned their attention toward two corrupt police agencies in Louisiana. Both the Tangipahoa Parish Sheriff’s Office and the Hammond Police Department were raided by the FBI after both agencies were found to have been involved in a conspiracy to steal narcotics and resell them for profit. The raid came after a year-long investigation by the DEA into one of their own, turning into a multi-agency conspiracy. It should be noted that the Tangipahoa Sheriff’s Officer is run by the brother of Louisiana Governor John Bel Edwards.

One of the DEA’s own task force members who worked for the Tangipahoa County Sheriff’s Office, identified as Johnny Domingue, was a conspirator turned informant. Domingue confessed to conspiring with other DEA task force members, including other members of the Tangipahoa Sheriff’s Office, to steal narcotics and re-sell them. He admitted to stopping people, frisking them and taking their drugs before letting them go. He also admitted to stealing narcotics from the DEA evidence lockers.

When Domingue’s house was raided last January, they found 300 grams of cocaine along with large quantities of hydrochloride, oxycodone, methadone and Xanax. Domingue also implicated his partner Karl Newman in the conspiracy. Newman and Domingue were not alone in their crimes. After being busted, and then working with the FBI and DEA, the focus of the investigation became DEA Agent Chad Scott and Tangipahoa Sheriff, Daniel Edwards.

The raid on the Tangipahoa Sheriff’s Office is significant, not only because of the allegations themselves, but because of who the Sheriff is. He is the brother of controversial Louisiana Governor John Bel Edwards. Daniel Edwards had to sit by while dozens of FBI agents went through hundreds of files and seized computers. He has deflected questions about the task force and his deputy, who was busted back in January. The implications of Edwards being at the helm of a corrupt police agency could have resounding effects on the governor’s administration.

“As many of you know, yesterday the FBI executed search warrants simultaneously at the Tangipahoa Sheriff’s Office here and the Hammond Police Department … in connection with the federal government’s ongoing investigation into the DEA task force that had been operating in our parish. Unfortunately, I cannot provide any details either about the search warrant or the investigation because these matters are under court seal by a court order. I would tell you to direct any and all questions you have about these matters to the FBI,” stated Edwards to the press.

Seemingly, while Agent Chad Scott and Sheriff Edwards had little professional contact, they were close friends, so it seems, for years. Scott is believed to be the ringleader of the conspiracy, which brings Edward’s relationship with him into question. “While Daniel Edwards has played down his connection to the DEA task force, text messages and emails obtained by The Advocate show Edwards has had a close relationship with Scott, an agent of 17 years who remains at the center of the investigation.” Further investigation by the Baton Rouge Advocate uncovered the emails and the relationship between Edwards and Scott.

Edward’s level of involvement in the DEA task force conspiracy is unknown, however, if he was not connected to the crimes, the FBI would have included him in their investigation instead of making him and his department the focus. The Baton Rouge Examiner reached out to the governor for a comment, however they were met with cries of being “incredibly irresponsible” for attempting to “play politics amid the investigation.”

This article (FBI Raids Sheriff’s Department Run by Brother of Louisiana Governor) is a free and open source. You have permission to republish this article under a Creative Commons license with attribution to the author and AnonHQ.com.