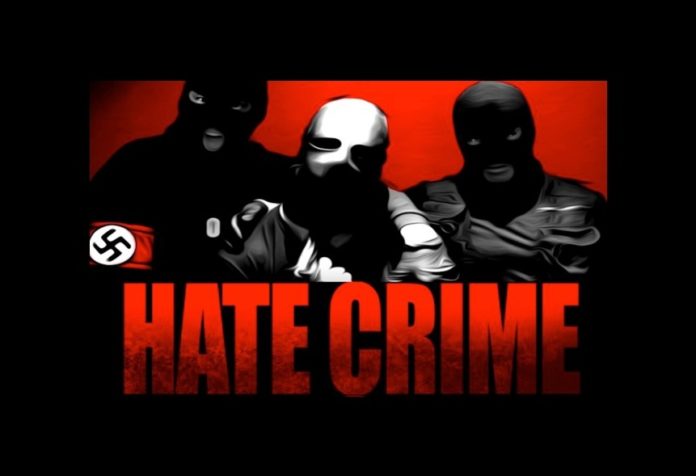 On December 8th the FBI released the 2013 Hate-Crime Statistics, and while hate-crimes were on the rise in some states, such as Maryland, the report shows thatthey are down in areas such as Southern Nevada, and various other locations across the country. Although it would seem there has been a decrease in the number of hate-crimes reported nationally, some experts doubt the statistic’s accuracy. According to the FBI’s report:

Nationwide, hate-crimes appear to be down by 10% compared to 2012, however experts warn that there are a few factors that should be taken into consideration.

The FBI and lawmakers define hate-crimes differently. The FBI classifies any traditional offense, such as murder, arson, or vandalism, as a hate-crime if there is the added element of bias. Lawmakers define them as a “criminal offense against a person or property motivated in whole or in part by an offender’s bias against a race, religion, disability, ethnic origin, or sexual orientation.”

According to civil rights attorney, Allen Lichtenstein, hate-crimes are only recognized in the most obvious instances. A white-supremacist, for example, would probably have to brag publicly about targeting someone of another race in order to get caught.

“I’ve always been a bit concerned by the idea that something automatically is going to be called a hate-crime or something is not going to be called a hate-crime.” A better option would be to adopt “a more holistic, case-by-case analysis and consider what the mitigating factors are. I don’t know that putting it into a statutory form really is that helpful,” Lichtenstein stated.

Because most hate-crimes are mixed with other forms of criminal activity, like robbery, it’s hard for investigators and prosecutors to define the criminal’s true motives. It’s easy for the criminal to lie and say the crime was purely motivated by the robbery itself rather than admitting they targeted their victim based on their race, sex, sexual orientation, or handicap. Even if the criminal does seem to focus on one particular race or ethnic group, it’s hard to prove that it is bias.

Another problem is that in many states, hate-crimes aren’t necessarily treated any different. Taking Nevada for instance, crimes that have been proven as bias come with “enhancements”. This should, theoretically, upgrade the consequences of the crime, however the law only requires that the victims be compensated for monetary damages, which they most likely would have anyway. The question raised for law enforcement is, “Why take the time to prove something is a hate-crime when it really doesn’t make a difference?”

Law enforcement agencies across the nation have begun to take less interest in providing annual statistics to the FBI. According to Mark Potok of the Southern Poverty Center, the number of agencies that have reported data to the FBI in the past have plummeted to 79%. In 2009, the Federal Law Enforcement Training Center ended its hate-crime programs, and the Southern Poverty Law Center ended a program in 2008 that taught law enforcement officials to recognize crimes involving bias.

“This apparent lack of interest and focus on hate crimes is worrying,” Potok stated.

He adds that more than half of all hate-crimes aren’t reported to police, and the majority of those that are reported tend to be categorized as other kinds of crimes. He claims that there are in fact 25 to 40 times more hate-crimes in the U.S. than the FBI is made aware of.