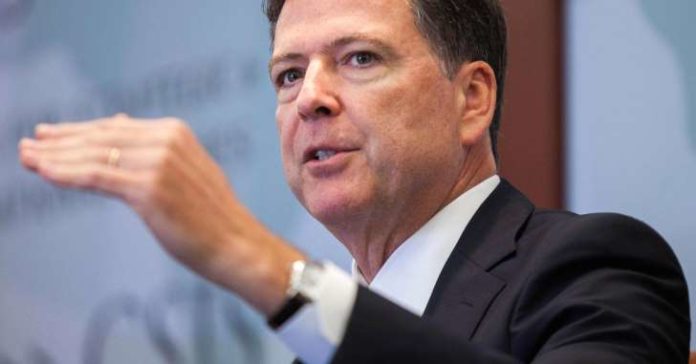 At the risk of showing my age, Britney Spears’ ‘Oops I did it again’ springs to mind when glossing over the latest bombshells surrounding the supposed election favorite to win, Hillary Clinton.

Just when you think she’s out of the sh*t, more emails surface and more investigations ensue. And this time, the Feds are struggling to dismiss it as being “extremely careless.”

It’s less than two weeks to D-Day in the United States. Voting for the literal lesser of two evils shadows the American citizens like a leaking oil pipeline under the Missouri – either way you go, mishaps will happen, security will be breached and it ain’t going to be pretty.

But what of this new information into the latest Clinton email scandal?

Dated Oct. 28, a letter to Congress by FBI director, James Comey, sought to change his previous congressional testimony of having completed the investigation to conclude no charges be laid, to one of reopening the case.

“Due to recent developments,” Comey says in his letter, “I am writing to supplement my previous testimony.

“In connection with an unrelated case, the FBI has learned of the existence of emails that appear to be pertinent to the investigation.”

What emails he is referring to, Comey doesn’t elaborate. However, in his letter he does make clear that this investigation will take some time, and that the FBI will scrutinize the latest evidence to “determine whether they contain classified information.”

However, what we do know is that a new laptop has surfaced, belonging to disgraced ex-congressman Anthony Weiner, who was caught sexting with a minor.

“I’m sure a lot of you may be asking what this new email story is about and why in the world the FBI would decide to jump into an election with no evidence of any wrongdoing with just days to go. That’s a good question,” Clinton said. “I am sure they will reach the same conclusion they did when they looked at my emails for the last year. There is no case here.”

The DOJ has stated that they will “dedicate all necessary resources” to the investigation, to move fast and keep the public updated – given the looming Nov. 8 election date.

Attorney General Loretta Lynch who chairs the Justice Department (DOJ) has publicly disagreed with Comey’s decision, however, to share his information in the letter with Congressional leaders.

This is an unprecedented move – to initiate fresh investigations into a running candidate for presidency so close to the race. Only time will tell the outcome, and if the outcome will occur before election day.

This article (FBI’s James Comey Reopens Clinton Email Investigation with New Leads) is a free and open source. You have permission to republish this article under a Creative Commons license with attribution to the author AnonWatcher and AnonHQ.com.