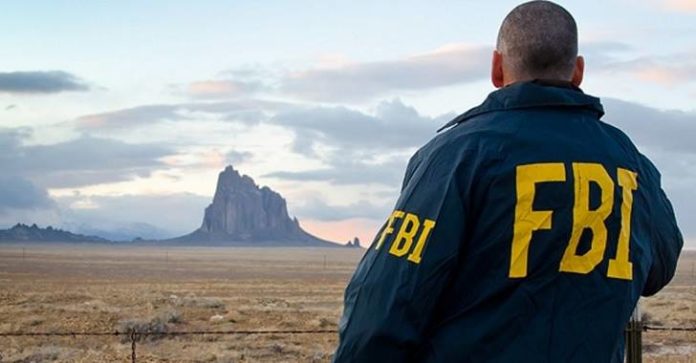 by James Holbrooks at theantimedia.org

Washington, D.C. — In a case that’s drawn criticism from multiple angles, last week federal prosecutors in Washington state dropped all charges against a man who allegedly downloaded child pornography from a website that was infiltrated, taken over, and allegedly even improved by the FBI.

The site, Playpen, operated on a platform designed to mask the real identities of its users, as Gizmodoexplained Monday:

“The site in question operated on the Tor network, a system used to anonymize web activity. The network makes use of a special web browser that conceals people’s identities and location by routing their internet connections through a complex series of computers and encrypting data in the process.”

The feds first targeted Playpen back in February of 2015. About a year later, the Washington Post ran a piece outlining the FBI’s methods in going after pedophiles. Using suspect “Pewter” as an example, the paper described how the feds’ operation worked:

“The agency, with a warrant, surreptitiously placed computer code, or malware, on all computers that logged into the Playpen site. When Pewter connected, the malware exploited a flaw in his browser, forcing his computer to reveal its true Internet protocol address. From there, a subpoena to Comcast revealed his real name and address.”

The case, United States v. Jay Michaud, is one of around 200 that resulted from the FBI’s Playpen operation. Regardless of the manner in which the evidence against Michaud was collected — which drew staunch criticism — a lack of it wasn’t the reason the charges were dropped.

The reason, as was made clear in a court filing last Friday, is that the FBI would rather let Michaud walk free than reveal its tactics in open court.

“The government must now choose between the disclosure of classified information and dismissal of its indictment,” federal prosecutor Annette Hayes explained in the filing. “Disclosure is not currently an option. Dismissal without prejudice leaves open the possibility that the government could bring new charges should there come a time within the statute of limitations when and (if) the government (should) be in a position to provide the requested discovery.”

That’s right. The federal government is letting a potential child predator back out onto the streets so it doesn’t have to reveal its law enforcement methods.

Some, such as Zachary Goldman, executive director of the Center on Law and Security, argue that the FBI supplying the court with its techniques would ostensibly weaken its ability to enforce the law.

The adjunct NYU professor told Gizmodo the fact the charges against Michaud are being dropped “doesn’t mean that the F.B.I.’s investigation was unjust or unjustified,” and that it actually proves the agency is “placing paramount importance on preserving the ability to use this technique in the future.”

Attorney Zachary Margulis-Ohnuma, who has represented some of the defendants in the Playpen investigation, disagrees. He says the FBI’s dragnet-style approach violated citizens’ Fourth Amendment protections against unlawful search and seizure.

“In law enforcement situations, some people have the mentality that ends justify the means,” Margulis-Ohnuma said, referring to the news about Michaud. “I do not think they would have done this in a drug case. They wouldn’t mail out drugs to hundreds of people. I think because child pornography is so heinous, they bend the rules.”

Many feel the government should have shut Playpen down the second it took it over. The feds, however, went in another direction. Once the FBI was in control, a federal attorney in North Carolina says, it made the site run better.

In a motion to have charges against a Playpen client thrown out, assistant defender Peter Adolf claimed the government improved the Playpen service in order to draw in more customers — in other words, people they were planning to arrest:

“Indeed, government agents worked hard to upgrade the website’s capability to distribute large amounts of child pornography quickly and efficiently, resulting in more users receiving more child pornography faster than they ever did when the website was running ‘illegally.’”

Adolf claimed Playpen membership grew by 30 percent during the two weeks under FBI control and that average weekly visitors rose from around 11,000 to somewhere closer to 50,000. He also claims in the motion that during that two-week period, “approximately 200 videos, 9,000 images, and 13,000 links to child pornography were posted on the site.”