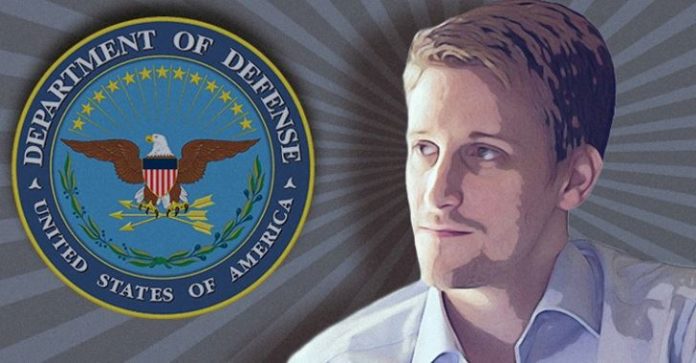 Immediately after Wikileaks released thousands of documents revealing the extent of CIA surveillance and hacking practices, the government was calling for an investigation — not into why the CIA has amassed so much power, but rather, into who exposed their invasive policies.

According to USA Today:

“The inquiry, the official said, will seek to determine whether the disclosure represented a breach from the outside or a leak from inside the organization. A separate review will attempt to assess the damage caused by such a disclosure, the official said.”

Even democratic representative Ted Lieu, who has been urging whistleblowers to come forward to expose wrongdoing within the Trump administration, has turned his focus away from what the documents exposed and toward determining how it could have possibly happened.

“I am deeply disturbed by the allegation that the CIA lost its arsenal of hacking tools,” he said while calling for an investigation. “The ramifications could be devastating. I am calling for an immediate congressional investigation. We need to know if the CIA lost control of its hacking tools, who may have those tools, and how do we now protect the privacy of Americans.”

According to Lieu’s statements, the problem isn’t necessarily that the CIA is spying on Americans and invading innocent people’s technology without consent. It’s that the CIA mishandled their spying tools, and in doing so, endangered Americans’ privacy by exposing the tools to presumably ‘bad actors.’ The problem isn’t the corrupt agency violating basic privacy rights, but that they weren’t skillful enough to keep their corruption under wraps.

So goes the familiar whistleblower narrative in the United States. Whistleblowers step forward to expose wrongdoing on the part of government — something the government claims to support — and immediately, establishment institutions and the media bend the conversation away from the wrongdoing in order to focus on the unlawful release of secrets.

Putting aside the fact that, according to popular American mythology breaking the law is a patriotic duty, the government and politicians’ reactions are both hypocritical and habitual.

When Chelsea Manning revealed damning evidence of U.S. war crimes in Iraq, including soldiers directly targeting Reuters news staff, the response was not to investigate who allowed those crimes (in fact, a later Pentagon manual went on to describe instances in which it’s permissible to kill journalists; that version was later retracted after outcry from reporters). Rather, Manning was subject to a military tribunal and issued multiple life sentences, a cruel and unusual punishment reversed only in President Obama’s last days in office amid his attempts to salvage his abysmal human rights, transparency, and whistleblower record.

When Edward Snowden revealed the extent of the NSA’s warrantless mass surveillance of American citizens and millions of others around the world, the government’s response was not to investigate why those programs existed in the first place. Rather, they thrashed and flailed around the world, ordering the plane of Bolivian President Evo Morales to be grounded in the hopes of catching the whistleblower. Congress later passed the deceptive “USA Freedom Act,” which codified continued surveillance.

Edward Snowden remains in exile, and establishment politicians repeatedly call him a traitor for exposing the crimes of his government. Some, including Trump’s CIA Director Mike Pompeo, have called for his execution. Mass surveillance continues, and the president himself is seeking to retain those powers as he condemns former President Obama for allegedly spying on him.

And so on and so forth. The same was true for John Kiriakou, Thomas Drake, William Binney, and Jeffrey Sterling. The government is exposed for wrongdoing, and rather than prove themselves to be representatives of the people by remedying those transgressions, they point fingers and divert, all the while refusing to relinquish the unjust power any given agency is exposed for having.

Many people are already aware that the government does little to actually serve them (Americans’ trust in political leaders and government, in general, is abysmally low). Rather, government agents and agencies operate to advance and concentrate their own interests and power. This is why penalties against killing government employees are more stringent than killing civilians. It is why stealing from the government is perceived as more outrageous to the State than stealing from a civilian. The government considers “crimes” committed against itself to carry the utmost offense, yet often fails to deliver justice to the people who provide their financial foundation.

As a result, the State does not even try to show remorse for its violative policies, even when they are exposed and splattered across social media for the world to see. Instead, with the help of corporate media, the debate is shifted to whether or not WikiLeaks is a criminal organization, or whether or not Edward Snowden is a traitor.

“This is the kind of disclosure that undermines our country, our security. This alleged leak should concern every American for its impact on national security. … Anybody who leaks classified information will be held accountable to the maximum extent of the law.”

Meanwhile, we’re supposed to accept the government’s investigation of itself, which (surprise!) usually finds little or no wrongdoing on their own behalf and often consolidates and extends the very same power whistleblowers exposed in the first place.