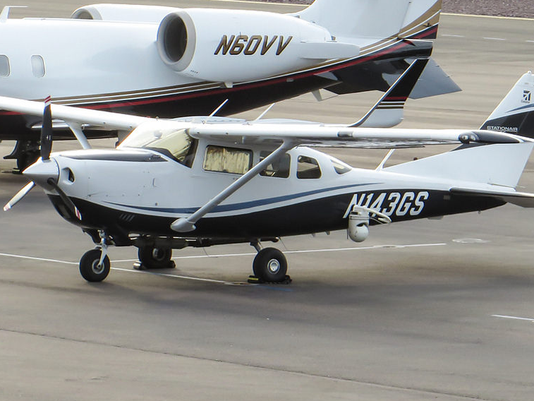 In what doesn’t even seem to be shocking news this week, FBI Director James Comey testified before the House Judiciary Committee and revealed that aerial surveillance was conducted over the protests in both Ferguson and Baltimore. This comes on the heels of the Associated Press investigation which uncovered the FBI’s use of dummy corporations and unmarked planes to conduct covert surveillance operations across the United States. FBI Director James Comey testified last week before the House Judiciary Committee that aerial surveillance was conducted over both Ferguson and Baltimore protests.

Comey defended the use of small aircraft in accessing situations on the ground. According to Comey, “We don’t fly planes around America looking down to see if somebody might be doing something wrong.” At the time of the Ferguson protests, it had not yet been discovered that the FBI had been running surveillance operations using small single engine Cessna aircraft registered to dummy corporations. The Associated Press released the findings of their own investigation into the FBI’s use of planes and dummy corporations in June of 2015. They found that the FBI had used at least 50 planes for 100 flights in 30 states.

While the FBI states that the surveillance is only used in specific criminal investigations and in situations like the protests in Ferguson, they complicate the matter by admitting the use of “stingray” type cell phone intercept technology. Stingray technology has been out for several years and has been under scrutiny for its ability to indiscriminately tap into active cell phone conversations. It also works by tricking the cell phone into revealing its GPS coordinates. The ACLU has even gotten involved due to what they describe as concerns for the type of intelligence that is being collected. Again, according to Comey, the practice of using the Stingray in these aerial surveillance operations is legal because as he stated, “The law is pretty clear that you don’t need a warrant for that kind of conversation.” That kind of conversation, as Comey refers to them, are conversations that are unintentionally intercepted and not recorded. Comey’s reassurances fall short, as the implications of his statement are that it is ok for the government to listen to your phone calls as long as they don’t record them. The FBI also defended the use of dummy corporations to register the unmarked aircraft claiming that the use of dummy corporations protected the secrecy of their operations as well as the pilots from their suspects below.

The fact that planes were used by the FBI over Ferguson and Baltimore should come as no surprise. The fact that planes could be used to spy on ordinary Americans is the scarier implication. When a Federal Law Enforcement agency like the FBI feels the need to hide its activities from the American people to the degree of setting up dummy corporations, that would seem like a good time to be concerned.