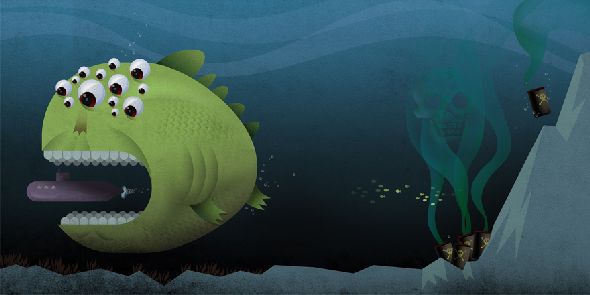 Fish are turning up with traces of antidepressants and other drugs in their system, says a new study released from the National Oceanic and Atmospheric Administration (NOAA). The findings have raised new concerns about tainted discharge water, and the controls put in place for the treatment of waste water.

Fish found in Washington’s Puget Sound have had traces of Lipitor, Prozac, Benadryl, Advil and cocaine in their systems. When further examined, scientists found up to 81 different drugs in the juvenile chinook salmon from near waterways.

Jim Meador, an environmental toxicologist at NOAA’s Northwest Fisheries Science Center in Seattle, has suggested that waste water may be the culprit. “The concentrations in effluent [waste water] were higher than we expected,” Meador told the Seattle Times, “We analyzed samples for 150 compounds and we had 61 percent of them detected in effluent. So we know these are going into the estuaries.”

According to Meador, a control group, which received no direct treatment-plant discharge, was also a serious concern, testing positive to an unexpected array of drugs. “That was supposed to be our clean reference area,” Meador said.

The alarming concern is that most of the chemicals found are not regulated in waste water, let alone monitored. Meador, however, said it was little concern for human health as they didn’t consume juvenile chinook. But he did admit that the pollutants studied were “chemicals of emerging concern.”

This article (Fish Study Uncovers Antidepressants and Cocaine in Anatomy) is a free and open source. You have permission to republish this article under a Creative Commons license with attribution to the author AnonWatcher and AnonHQ.com.