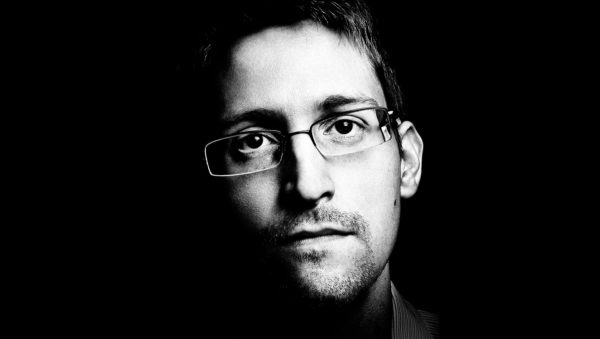 For us, the American computer professional who worked previously as a contractor for the National Security Agency (NSA), Edward Snowden, is a superhero.

Snowden made headlines around the world in 2013, after he copied and leaked classified information from the NSA belonging to the United States government. His disclosures revealed how the American government had covertly spied on its citizens – and the rest of the world – in the name of so-called national security. The damning revelations exposed the American government, even among its allies. The Department of Justice later unsealed charges against Snowden, forcing him to seek asylum in Russia. Currently, Snowden is living at an undisclosed location in the vast country.

Truly, Snowden has sacrificed his freedom so that the rest of the world could be free from the diabolical and clandestine agenda of the United States government.

Three years now, into the exile of Snowden, we are looking at some of the things his disclosure has changed, especially in the United States. For the moment we are only looking at five, but will examine the rest in our subsequent publications. First, government spying is no longer a secret. Due to the leak by Snowden, worldwide, people have become aware of a possible spying by their governments, and the Big Brother Orwell wrote about, is indeed, well and truly active.

Privacy activists have pushed for more anti-spying laws. In the United States for example, Congress ordered the NSA to end its bulk phone metadata collection program authorized by a particular portion—Section 215—of the Patriot Act. Under the new guidelines from Congress, the NSA may no longer directly collect and hold data about the domestic phone records of United States citizens. Although we cannot entirely trust the government, at least we have witnessed action taken on the issue, and the credit goes to nobody else other than Mr Snowden. Another change Snowden brought about with his NSA leak, is that the majority of citizens of the United States today, oppose the NSA. In 2015, a poll published by the Pew Research revealed that the majority of Americans disapprove of the United States’ government’s collection of telephone and Internet data through the NSA. In fact, many don’t want to see the existence of the NSA, much less other intelligence agencies that continually violate their privacy. Who can we give the credit for raising the consciousness of the American people? Certainly, it is to Snowden that the credit should directly be attributed. Again, Snowden has ensured that technology companies are adding better privacy settings to their platforms. Earlier this year, we witnessed the clash between technology giant Apple and the FBI, warring over the data of one of the San Bernardino shooters.  Even though the shooter was labeled as a terrorist, we saw the difficulty the FBI had to go through in its attempts to access the shooter’s data. Some observers even admitted that the clash between Apple and the FBI reflected the wider debates in the United States and elsewhere, regarding security measures used by technology companies to protect users of devices such as smartphones, and how much leverage authorities should have to gain special access. Here too, we can only credit Snowden for making this impossibility possible. Again, by the help of Snowden, tighter laws have been enacted to restrict the operations of the NSA. Before the Snowden leak, the bulk phone metadata collection program was authorized by a particular portion—Section 215—of the United States Patriot Act. However, when Congress ordered the NSA to end the mass surveillance, the Freedom Act was enacted to restrict the operation of the NSA. With the Freedom Act now promulgated, the NSA will no longer be able to spy on citizens like it previously did. Lastly, more and more people across the world are speaking out against mass surveillance because of Snowden’s self-sacrifice. Since Snowden exposed the NSA, we have seen an increased number of privacy activists holding public demonstrations and protests, telling the government of the harm the surveillance program is causing to people. In many major cities across the world, activists have gathered to express their displeasure on how governments’ steal their information without their consent. These activists have also called for all charges against Snowden to be dropped immediately.

You can see plainly see that Snowden has done something historically important for us. We paid him nothing, yet he sacrificed all he had, just to make us safe from our governments. Never stop praying for Snowden. Let’s continue to press for his freedom. Edward Snowden truly is a hero of our time!

This article (Five Things Edward Snowden has Changed with His Damning NSA Disclosure ) is a free and open source. You have permission to republish this article under a Creative Commons license with attribution to the author and AnonHQ.com.