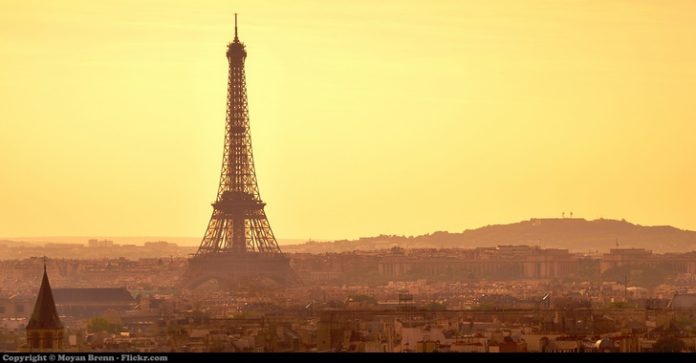 France was victimized by a bloody terror attack on the evening of November 13th, 2015. ISIS, the self-proclaimed “Islamic caliphate,” has taken credit for the Paris terror attacks, which claimed the lives of at least 129 people and wounded another 415.

The world is grieving, with millions on social media declaring their solidarity with France. Millions more are asking why so many are outraged now, when thousands of people are killed daily in conflicts the world over.

In the aftermath of the attack, several realities have become clear. Taking history into account, three things will undoubtedly occur in response to the terror attacks in Paris.

The world is plagued by war, and following the Paris attacks, there is about to be a lot more of it. French President Francois Hollande quickly declared Friday’s terror attacks acts of war, making it clear through his actions over the weekend what the answer to those acts will be: bombs — and a lot of them.

France carried out over 100 airstrikes in Syria on Sunday, with many more sure to come in Hollande’s “pitiless war” against those responsible for the attacks. France has already been involved with the civil war in Syria, fighting alongside the U.S. At the same time, it has stuck to the West’s talking point that Assad must be deposed for there to be a political solution to the conflict.

On the other side of the Atlantic, the U.S. is gearing up to exploit the attacks in Paris by calling for more military intervention in Syria. First it was politicians, then the establishment media who called for a more direct response from the United States — up to and including a full-scale invasion of Syria.

President Obama has already stymied such calls for a full-scale military operation in Syria, ruling out a ground invasion. “It’s best that we don’t shoot first and aim later,” he said. The president continued:

“We play into the ISIL narrative when we act as if they are a state and we use routine military tactics that are designed to fight a state that is attacking another state. That’s not what’s going on here.”

While this rhetoric is rather rational, it’s hard to believe the president will stick to his words, especially considering he proclaimed the U.S. would not deploy boots on the ground in Syria at least 16 times — only to do just that months later.

As Anti-Media noted earlier today, Sunday’s entire Democratic presidential debate was intentionally shifted to focus on foreign policy and anti-terror measures — and the candidates responded with forcefully hawkish rhetoric (with the exception of Bernie Sanders).

The information that seems to be missing from the entire conversation is that it was forceful foreign policy, accelerated by George W. Bush and continued by President Obama, that is directly responsible for the rise of ISIS in the first place. The short-sighted rhetoric political figures and media pundits are now spouting is highly reminiscent of post-9/11 fervor — and could lead to more of the same foreign policy blunders made in the years following 2001.

When an Islamic terrorist group attacks, the masses are quick to indict the entire religion — and the right-wing media is always there to fuel the flames of distrust and fear. The fact of the matter is that only a tiny minority of people who identify as Muslim commit terrorist acts. The likelihood of white Europeans and Americans alike committing an act of terror is exponentially greater than that of Islamic extremists (cops in the U.S. kill exponentially more than both of these groups combined).

Distrust of Muslims has been growing in France for several years, and the Paris attacks have only served to amplify this xenophobia. Rallies for peace and solidarity in Paris over the weekend were interrupted by anti-Muslim protesters shouting, “throw out Islamists!”

The “Jungle” refugee camp in Calais, France, which largely houses Muslims fleeing the war-torn Middle East,caught fire on Friday night. While the cause of the fire is still unknown, anti-immigrant groups in France took to social media to applaud the fire’s destruction.

In the United States, many media outlets are fear mongering with anti-immigrant propaganda, and right-wing politicians are feeding right into it. At least half a dozen Republican governors have already announced plans to resist the settlement of Syrian refugees in their states in the wake of the Paris terror attacks. However, many people on social media are countering the fear mongering:

To people blaming refugees for attacks in Paris tonight. Do you not realise these are the people the refugees are trying to run away from..?

Loss of Liberties in France and at Home

The immediate response to the terror attacks in France was one of blatant militarism. As Anti-Media reported earlier today, the French government has deployed 10,000 troops to patrol the streets of France. President Francois Hollande announced his intention to extend the state of emergency for another three months, and a curfew has been enacted in Paris for the first time since WWII. These actions make a state of near-martial law a reality for Parisians. The French government also ordered 150 raids across the country against suspected terrorists, placing 104 people under house arrest.

In the long-term, the French can expect to see their liberties eroded as their government continues to replace freedom with security, much like the U.S. did following 9/11 (see: Patriot Act). Prior to Friday’s attacks, the French government had already banned some forms of free speech and established an extensive surveillance apparatus, but further amplifications of these intrusions are likely to follow. Militarized police, “stop and frisk”-style tactics, and loss of privacy are all on the menu as the French government capitalizes on this tragedy to increase its control over the public.

In the U.S., calls to increase already intrusive surveillance of the public have already begun. Republican presidential candidate Jeb Bush, appearing on MSNBC’s Morning Joe, said, “I think we need to restore the metadata program, which was part of the Patriot Act.” Though the bulk collection of the metadata of U.S. citizens was ruled unconstitutional last week by District Court Judge Richard Leon, CIA director John Brennan echoed Bush-era sentiments: speaking to the Center for Strategic and International Studies, Brennan claimed that in the wake of the Paris attacks, the U.S. should roll back recent reforms made to protect the privacy of Americans from the NSA’s surveillance dragnet.

While the world mourns the deaths of the innocent people who fell victim to the terror attacks in France, Western governments are busy making plans to wage further war and to reduce the freedoms of the very people victimized by the attacks in the first place. Meanwhile, misled patriots everywhere are clamoring to express their nationalistic fervor, bashing and attacking the very refugees their own governments created through foreign policy riddled with hubris.

This article (Following Paris Terror Attacks, Only Three Things Are Guaranteed) is free and open source. You have permission to republish this article under a Creative Commons license with attribution to Nick Bernabeand theAntiMedia.org.