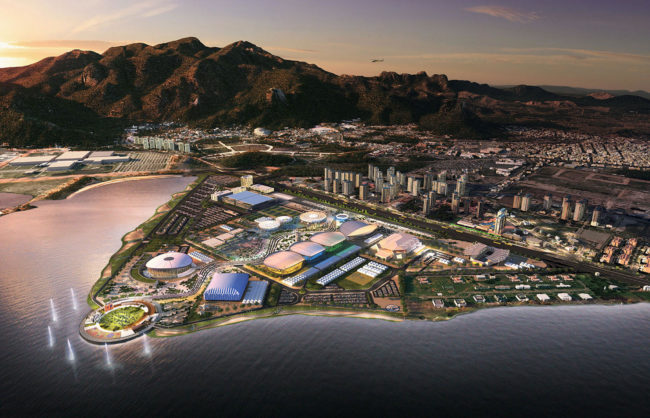 Countries spend years preparing to host the Olympic games and far too often, the immense infrastructure these countries build, does nothing more then sit collecting rust after the games have concluded. This is a problem leaders around the world have become increasingly aware of; and Rio de Janeiro has come up with a unique solution to this problem.

Following the conclusion of the Olympics this August, many of the facilities used to host the games building will transform into new infrastructure, which will directly benefit the city and community.  They call it “nomadic infrastructure” and it was designed in part thanks to the limited success of the London Olympics, which was first to design building meant to be assembled and immediately disassembled.

It is no secret the months leading up the events have been borderline disastrous. The city is over budget, declaring a state of emergency to redirect funds just to complete projects on time. As a result, many of the cities police/firefighters remain unpaid and the city actually has resorted to a  voluntary police force.

On top of this, the subway systems connecting Olympic village to stadiums is incomplete and the city has never fully addressed the sewage runoff problem. Last week, Rio made international headlines after a New York Times column proclaimed that athletes will literally be swimming in human feces during the Olympic games.

Part of the reason Rio has faced economic problems, and finds itself over budget is on account of the innovative infrastructure they are attempting to build. Rather then simply construct solid buildings to sit in place, architects and construction crews have had to build never before seen, interlocking structures – designed to be dismantled shortly after they were assembled. These building are similar in many ways to a giant game of Lego and these innovations, though admirable, have taken more time and resources than anyone imagined.

But enough about the negativity. Here are some of the positive things coming out of the Olympics that will benefit the people of Rio for decades to come.

Following the games, this facility used to host handball competitions will be completely dismantled to provide the building material in the construction of 4 schools, hosting over 2,000 children.

The $38 million Olympics Aquatics Stadium will be broken down to provide building material in the construction of two smaller community swimming pools. The lining of the Olympic swimming pools is actually designed as a series of interlocking fiberglass tubs, which can be broken down and assembled into smaller pools. The two new community pools will be located just outside Olympic Park, one in Madureira Park and the other in the Campo Grande area.

During the games, the triangular area will play host to nine separate Olympic venues. But following the conclusion of the games, the area will become a massive protected public park – similar in concept the Central Park in New York. The building and infrastructure not torn down to be re-assembled, will be open to private development for prospective business owners in the city.

Following the conclusion of the games, the steel beams that make up this building will be taken down to form the structure of dormitory for high school students. More specifically, the dormitory will be home to some of Brazil’s most gifted young athletes training for future competitions, and will be located just on the outskirts of Barra Olympic Park.

This article (Following the Olympics, Rio’s New Infrastructure Won’t Rot, It will Transform) is a free and open source. You have permission to republish this article using a creative commons license with attribution to the author and AnonHQ. Join the conversations at www.anonboards.com.