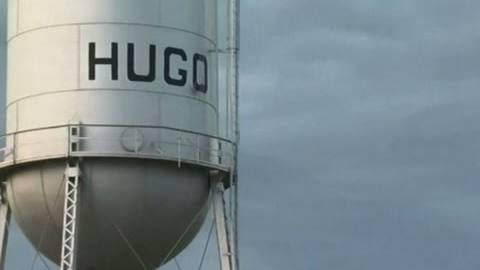 Late last month, authorities from the town of Hugo Colorado set out on a scare campaign, warning residents to avoid the town’s water supply as it was contaminated with THC, the psychoactive compound found in marijuana.

The Sheriff’s Office issued the following warning: “At this time, investigators are assessing the situation with state and federal authorities. Bathroom usage is still safe, but until more information is known to us, out of an abundance of caution, avoid drinking Town of Hugo water.” The reaction should not be shocking as the town has prohibited cannabis companies from setting up shop and has been open about its lack of support for Colorado’s legalization of marijuana.”

The contamination was discovered with the use of a field test kit, which was reportedly being used to test employees for marijuana. It is unknown as to the method by which the test kit works, and whether or not it was applicable to use directly on water. Police field test kits, which are used to determine what a substance is, are designed to work on solid substances that are partially broken down by the chemicals in the kit. They are not used for liquids, however the type of kit used in this case has not been released.

The problem with the Sheriff’s dire warning and the administrations panic over this incident, is that THC is not water soluble and therefore, cannot be detected in testable quantities.

“It’s virtually impossible to find THC in water in concentrated levels because cannabinoids are not water soluble,” stated Peter Perrone, a Colorado cannabis industry chemist, to Reuters during an interview. Perrone is a founder of Gobi Labs, one of Colorado premier cannabis testing facilities. This knowledge could have save the town and people of Hugo a lot of trouble.

The Colorado Department of Health returned to Hugo and retested the water. This time they found no traces of THC. The rushed warnings not to drink or bathe in the water, were soon abandoned.

The Sheriff has come out stating that he now believes the results of the initial tests were wrong. The well in question was flushed for 48 hours, which authorities say is sufficient to clear out any contaminants from the lines.

According to reports, the FBI has gotten involved and are investigating this matter. Their aim is to determine if this was a case of false alarm or if something else had contaminated the water supply, causing the false positive results.

This article (Colorado Authorities Frighten Town Residents with False Reports of THC in Water Supply) is a free and open source. You have permission to republish this article using a creative commons license with attribution to the author and AnonHQ.