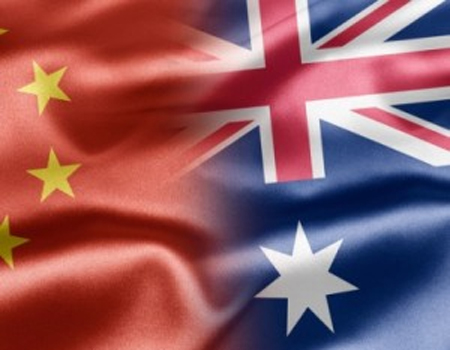 “I think the Australians need to make a choice … it’s very difficult to walk this fine line between balancing the alliance with the United States and the economic engagement with China.” The quote comes this week, from U.S. Army Assistant Chief of Staff Colonel Tom Hanson on the Australian Broadcasting Corp. Radio (ABC).

The recent announcement comes as no shock amidst the rapidly rising South China Sea tensions. U.S. military haranguing against a waning middle power – Australia – continues; they have, after all, stationed strategic weapons in northern Australia, and without the U.S. military on Australian soil, a crucial U.S. military location falters.

Australia, as Reuters points out, has been “a staunch U.S. ally” for some years. But what of the changing tides in the Asia-Pacific region? Mind the pun.

Former Australian Prime Minister, Paul Keating argued this week the need for a foreign policy to engage with the changing shifts and the “rise of China.” How welcoming his comments would be to the United States, saying they need to share the strategic power of the region with China. “The United States is still fundamentally pursuing the policy for the maintenance of primacy against the obvious rise of China and therefore resisting the whole idea of sharing strategic power in Asia, which I believe the United States should do with the Chinese,” Keating said this week, addressing Australia’s Asian-Pacific role.

“We both need and deserve a nuanced foreign policy which does take account of these big seismic shifts in the world. And we can’t ever be caught up in some containment policy of China … to assist the Americans in trying to preserve strategic hegemony in Asia and the Pacific.”

Keating’s no-punches-pulled explanation continued, outlining the U.S. grab for power in the Pacific as an act of a country diminishing in influence. He sees the writing on the wall as something not easing, but warming simmering tensions in the region.  “Strategic hegemony by the United States in the Pacific is incapable of preservation and therefore we should be urging our American friends, because they are our friends, to recognise that the US has got to move from a framing and guaranteeing role to a balancing and conciliating role.”

Warnings to the Australian Government

Indonesia and China are Australia’s greatest strategic alliances. “The fact is, Australia’s former sphere of influence is diminishing.” And Keating said it again this week, his focus invariably returned to the importance of geopolitical relations and alliances between Australia and Asia.

Prime Minister Malcolm Turnbull, in his TEDx talk in 2012, also acknowledged that China would overtake U.S. economic growth by 2016 – and that Australia – along with the world – should heed attention. He wasn’t far wrong. He stated, prior to his elected roll, that history is repeating itself and poses a “unique challenge” to Americans. The Americans, Turnbull said, “have a very deep sense of their own exceptionalism,” which will create a tension not yet witnessed, along with other nations’ “sense of inadequacy.”


Turnbull continued to discuss the future. “It is no surprise that as China becomes richer it seeks to strengthen its military, but we need to be very careful in the West not to automatically assume (and some people in the United States do) that a stronger more military capable China is going to be a militarily aggressive or expansionist.”

It’s not enough that we follow U.S. foreign policy, Keating argues. It is time Australia takes its own reins, to develop its own solid foreign policy. The U.S. is an Australian ally, but it is time to step out from the United States and find security in the area in which it resides – Asia – before it becomes too late.

This article (Former Australian PM Condemns U.S. Foreign Policy as “Containment Policy of China”) is a free and open source. You have permission to republish this article under a Creative Commons license with attribution to AnonWatcher and AnonHQ.com.