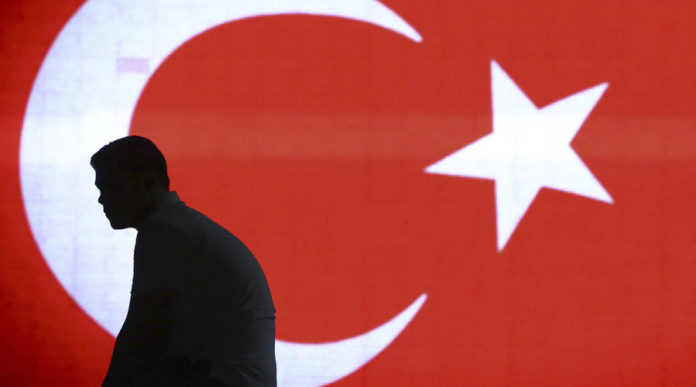 A Turkish prosecutor investigating the financial links of the United States-based Turkish cleric, Fethullah Gulen, has said the Gulen Movement in Turkey was created by the American intelligence services like Mormons and scientology.

On July 15, 2016 a group of soldiers in the Turkish military attempted to overthrow the government. The coup failed. The Turkish president, Recep Tayyip Erdogan later blamed Gulen of being behind the attempted takeover of the country. Post-coup, Erdogan and his government demanded the United States extradite Gulen for trial in Turkey. The United States, on the other hand, replied that Turkey will have to provide solid evidence of Gulen’s involvement in the coup before the extradition could proceed.

As more details emerged from the failed coup, in early August 2016, Turkey claimed that two United States government agencies, the Central Intelligence Agency (CIA) and the Federal Bureau of Investigation (FBI) provided training for the soldiers, and all those who took part, in the failed coup. The prosecutor revealed that the CIA and the FBI have secretly aided Gulen to oust the current Turkish government, for some time. now. Further revelations showed that retired United States Army General John F. Campbell, who served as a commander of NATO forces in Afghanistan, played a significant role in the coup. General Campbell reportedly sent more than $ 2 billion in transactions to Turkey via Nigeria, in order to distribute it among the pro-coup military. He is also said to have provided secret training to the soldiers, especially those who were assigned to seize the country’s military headquarters.

This revelation strongly fueled anti-United States sentiment among the Turkish public. Before the coup, the United States was using Turkey as a base for its fight against the Islamic State of Iraq and Syria. NATO, too has a base in Turkey, and it is believed the organization has stored nuclear weapons there. However, this strategic alliance between United States, NATO and Turkey now looks very fragile. The friendly relationship is deteriorating. Turkey is now repairing its relations with Russia, a geopolitical competitor to the United States and NATO.

In the latest claim, the prosecutor, Zafer Dur, based in the Aegean province of İzmir, said the Gulen Movement has the same structure as the Mormon Church and the Church of Scientology in the United States.

The indictment, authored by Mr Dur stated such similarity could be an indication that it was actually created by the CIA, because the agency established these sects as disguised non-governmental organizations to make changes to society. Gulen is said to have limited secular education, apart from his role as religious cleric in Islam. However, before the coup, his movement was very influential in the fields of education, health, political, defense and the justice system, among others in Turkey.

Prosecutor Dur said without external help from the American government, Gulen could not have been able to create such a large organization that has infiltrated various state institutions in the country.

The Turkish Daily Hurriyet quoted Dur as saying: “Without international backing, Gulen could not have opened schools in 160 countries.” RT English reports that Gulen was a popular preacher and former imam before setting up his own movement. He was a strong supporter of  Erdogan when he [Erdogan] rose to political power. But somehow, the two fell out and have since become bitter rivals. Gulen has vehemently denied accusations of masterminding the coup. He has alleged that Erdogan staged the coup himself, in order to persecute him for nothing.

This article (Turkey Reveals Gulen Movement Founded by CIA, like Mormons and Scientology) is a free and open source. You have permission to republish this article under a Creative Commons license with attribution to the author and AnonHQ.com.