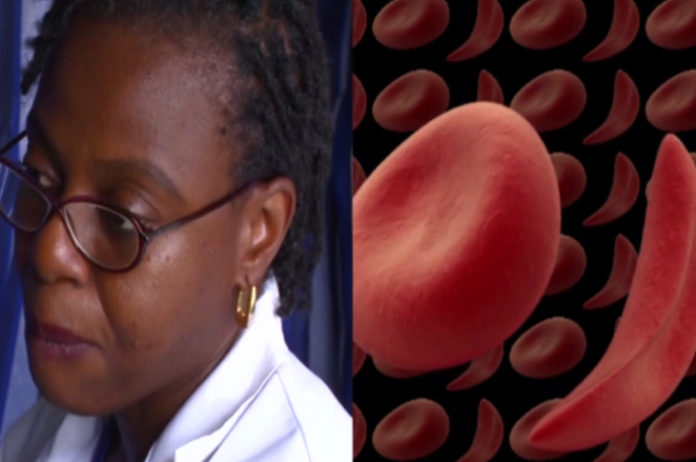 This teen’s life was saved by an experimental treatment.

When people talk about incurable diseases, it’s not often that they live to see doctors or researchers find a remedy that works in their lifetime. One disease that is not often discussed despite its profound impact on people around the world is sickle cell anemia, which most commonly affects people of African-American descent.

Sickle cell anemia causes extreme pain in those born with it, which are called pain crises, and usually results in hospital visits to remedy the problem. The problem with sickle cells is that instead of being shaped like regular round red blood cells, they are shaped like sickles (a stiff rod of hemoglobin inside of the cell causes it to be shaped like a crescent) which can stick to the walls of vessels and block blood flow.

Though children can experience no pain between crises, as adolescents they develop chronic ongoing pain that continues for the rest of their lives. The symptoms include painful swelling, infections, delayed growth, strokes, organ failure, blindness, and many other complications associated with the disease.

One patient in Paris, a 14-year-old boy, underwent an experimental gene therapy treatment that has proven even more successful than doctors anticipated. The teen started the therapy when he was 13 years old and now, 15 months later, he no longer needs any medication and tests indicate that his blood cells are normal, showing no sign of disease.

“Since therapy was applied, he hasn’t had any pain, any complications. He is free of any transfusions. He plays sports and goes to school,” said Dr. Philippe Leboulch, an author of the new research and a professor of medicine at the University of Paris. “So we are quite pleased with the results.”

It’s this kind of breakthrough that is giving patients around the world hope, which is something that they never dared to dream of before. The disease is still categorized as one without a cure, though experiments and clinical trials like this one are advancing the science behind treating and eliminating the disease altogether.

For the teen’s procedure, researchers extracted bone marrow from the patient, harvested the stem cells and altered the genetic instructions that would direct red blood cells to produce normal hemoglobin. They then treated the teen with chemotherapy for four days to temporarily eliminate his diseased stem cells, then used an IV to insert the treated stem cells into his bloodstream.

“At that point, the new cells that were modified outside the body started to make new blood cells, and we hope this will be stable for the life of the patient,” Leboulch said.

Prior to the treatment, the teen experienced horrible pain that required him to undergo regular blood transfusions and hospitalizations about twice every year. He also had extreme complications, such necrosis of the hip, which resulted in him needing hip replacement surgery. At such a young age, these complications could have worsened rapidly and shortened his life expectancy substantially age.

Approximately 275,000 infants are born with sickle cell disease around the world every year, and about 100,000 people in the U.S. currently suffer from the disease. One in every 365 black children in the U.S. is born with the disease, which is alarming, but the life expectancy for those who suffer has significantly increased in recent decades. In 1973, the life expectancy was 14 years, but now it’s between 40-60 years old. Hopefully this treatment will prove successful in the long term and aid in curing others affected by the disease around the world.

This article (French Doctors Just Saved Teen’s Life By Curing This Popular, Deadly Disease) is free and open source. You have permission to republish this article under a Creative Commons license with attribution to the author and TrueActivist.com