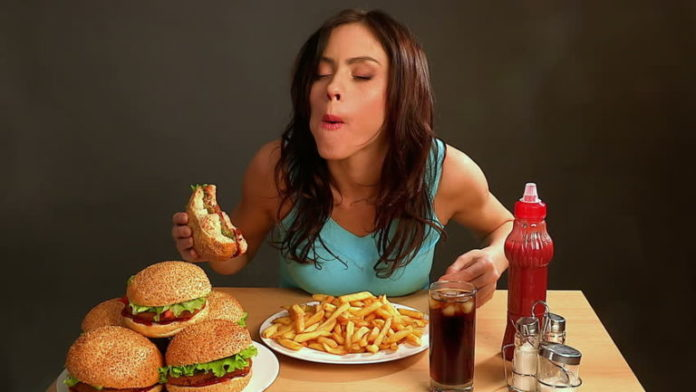 Indulging in sugary drinks, fatty takeaway and processed meat might seem like a good idea at the time, but a new study has found that habits of the sort will shrink a part of the brain responsible for memory, learning, and mental health.

Nearly everyone is guilty of indulging in junk food now and again, but research has found that those who frequently snack sugary drinks, high-sodium snacks, and processed meat are likely to shrink a portion of their brains in the long-term.

The study, published in BMC Medicine, compared MRI scans of approximately 250 people who were in their early 60’s during the year of 2001. Two dietary questionnaires informed the researchers whether or not participants in the group ate a “Western” diet (high in processed foods, fats, salt, and sugar) or a “prudent” diet (largely composed of fruits, vegetables, and fish), reports Vice.

Researchers from Deakin University and the Australian National University discovered that those who subscribed to the healthier “prudent” diet had larger hippocampi – the portion of the brain responsible for memory, learning and mental health – than those who indulge in Western diets.

In essence, a low-quality diet consisting of sugar, refined foods may be to blame for those ‘senile moments’ more and more people are experiencing, despite perhaps being young in age.

Other factors that might affect hippocampal volume were also taken into account by the authors of the study, such as medications, gender, and mental health issues. It was still concluded that a poor diet is a strong indicator of a shrunken hippocampus. Associate professor Felice Jacka, the lead researcher, commented in a press release:

“We’ve known for some time that components of diet, both healthy and unhealthy, have a rapid impact on aspects of the brain that affect hippocampal size and function, but up until now these studies have only been done in rats and mice. This is the first study to show that this also appears to be the case for humans.”

Food which is high in sugar has been found to be just as addictive as cocaine to some individuals. By slowly implementing healthier dietary choices, one can find long-term success in sticking to a regime which is good for their mind and body, as well as the planet. Click here for more information.

This article (Study: Eating Junk Food Literally Shrinks Your Brain) is free and open source. You have permission to republish this article under a Creative Commons license with attribution to the author and TrueActivist.com