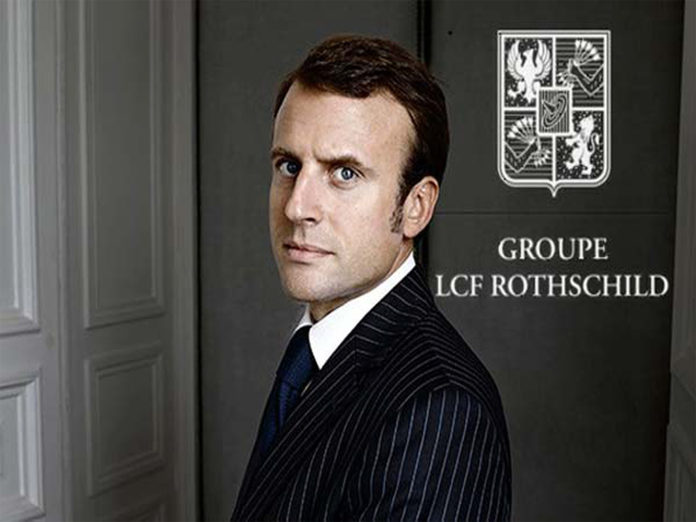 24 hours ago, I covered the early results of the French presidential election. Emmanuel Macron was leading with Le Pen not so far behind. What made the results interesting was the ousting of the more traditional parties that had held France hostage for more than 60 years. The masses this week had spoken of their distrust in the elites as they cast their votes.

We won’t know the final outcome until the May 7 runoff. And the outcome will be of the polar opposites: if Le Pen wins, it’s an almost guarantee that France will exit the European Union and return to their former franc currency. If Macron wins, the French will remain a part of the EU and most likely, business will be conducted as usual.

You see, I believe I made a mistake in my last article that warrants more than a simple ‘update’. Caught up in the excitement of the French elections – my love of French culture isn’t hidden – I watched eagerly as this ‘unknown’ Macron took the lead in the polls. Who was this guy? Where did he come from? Wait. He’s a Year of the Star Wars baby, he’s only 39! How. Is. This. Possible?

But beneath the surface, and after a long night of researching – Macron appears anything but – other than his birth year, 1977. The unknown investment banker has ties to the French elite – the elite of the elites: the Rothschild family.

Now, no one should be hanged, drawn and quartered for previous life mistakes. Some truly make amends – like myself right now for my previous article. But a politician in the lead for French President, who was once an unknown to the public, who has a Rothschild history – questions must be asked. Emmanuel Macron’s banking career is nothing short of amazing. Climbing the corporate banking ladder at breakneck pace, this man is not an outsider. In fact, the rate Macron rose from junior to partner was almost overnight. Financial Times reports:

“On the Atos deal, Mr Macron “had a fairly junior role at the time — he would be asked to redo the financial models on Excel, the basics,” recalled an adviser. But a few days after the deal was announced, Mr Macron was made a partner. A few months later, he stunned colleagues and rivals by winning a role in Nestlé’s purchase of Pfizer’s infant food operations.”

It appears Macron was groomed by financial elites, FT reports.

“The graduate of ENA, the elite school that breeds France’s future leaders, came recommended by powerful alumni of the institution, including François Henrot, a longtime Rothschild partner. But young bankers were not so impressed.

“He was the guy who would constantly say ‘thank you’,” a former colleague said. “He didn’t know what ebitda [earnings before interest, tax, depreciation and amortisation] was. He didn’t try to hide it. And instead of looking it up in a corporate finance book, he asked around, which was disarming.”

And the conspiracy doesn’t stop there. After graduating from the prestigious National School of Administration (ENA) he joined the civil service. Rather than fulfil his government contract, the young banker opted to pay “€50,000 to buy himself out of his government contract and became an investment banker with Rothschild, where he was highly regarded and quickly made a small fortune.”

Although he only remained with Rothschild for a few short years, it is difficult to ignore the young man’s rise into politics. Leaving Rothschild, he had the job offer of deputy secretary-general at the Elysée. This is essentially the time when Macron was “catapulted into the economics ministry” under President Hollande.

It may be that Macron is very much what the people who voted for him believe – an anti-establishment kind of guy wanting the best for his nation’s citizen. I truly hope so. But the sceptic in me remains wary.

The fact remains though: the people’s politician – the outsider who is likely to win the seat of French President – is potentially backed by the some of the greatest elites ever witnessed in European history: the Rothschilds.

You can read the precursor to this article here.

This article (French Pres. Elections: “Unknown” Macron Isn’t Unknown, Ties to Rothschild) is a free and open source. You have permission to republish this article under a Creative Commons license with attribution to the author AnonWatcher and AnonHQ.com.