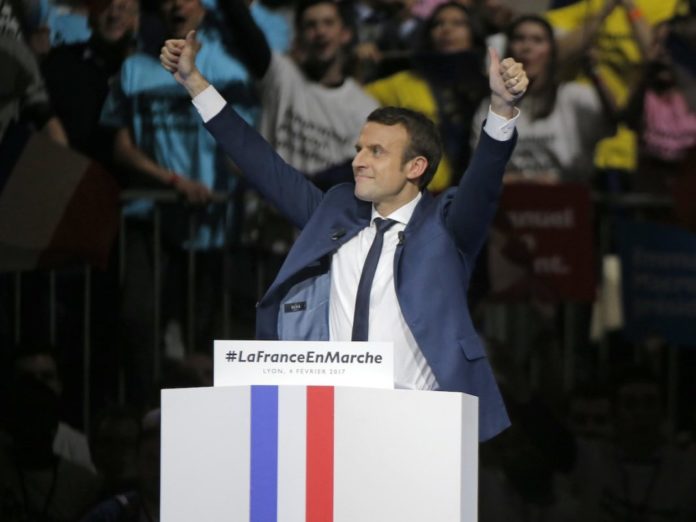 PARIS – Emmanuel Macron and far-right Marine Le Pen have succeeded in making it to the runoff against each other, scheduled for May 7.

The contrast of choice for voters couldn’t be more polar opposite. Le Pen, throughout her campaign has promoted closed borders, a “French-first” policy, a crackdown on immigration and a possible Frexit – dropping the Euro and returning to the French franc. On the other hand, Macron, who gained an initial vote of almost 24 percent, promotes open borders, Euro tolerance and a united Europe. Le Pen, at this stage has 21.7 percent of the vote.

A little over 90 percent of the vote is counted. With the results the euro jumped to more than $1.09 with the stability the vote has offered. Macron, 39, will be the youngest French president if he wins the election. If Macron does, he will still need to rally legislators in parliament to pass laws to implement many of his intended moderate programs. Le Pen will be in the same position, unable to rely on the political mainstream parties for backing. Despite who wins, the 2017 French elections have discarded 6 decades of traditional party candidacy for the alternative Macron and far-right Le Pen. Macron quit Francois Hollande’s Socialists last year to lead his ‘En Marche!’ movement, rebelling against the more traditional political lines and running for presidency as an Independent.

Macron is also known for his pro-global approach, even suggesting that American academics and entrepreneurs who felt uneasy about Trump’s rise to presidency, should make the move to France.

The unprecedented and unchartered territory that is the French presidential elections speaks volumes: the people of France want change. The move away from the more traditional choices, whether Macron or Le Pen prove victorious in the May 7 runoff, demonstrates the French citizens’ willingness to rebel against the traditional left and right establishments.

An update in the form an article can be found here, relating to Macron’s ties to Rothschild.

This article (Unknown Investment Banker Takes Lead in French Pres. Election, Voters Rebelling Against Establishment) is a free and open source. You have permission to republish this article under a Creative Commons license with attribution to the author AnonWatcher and AnonHQ.com.