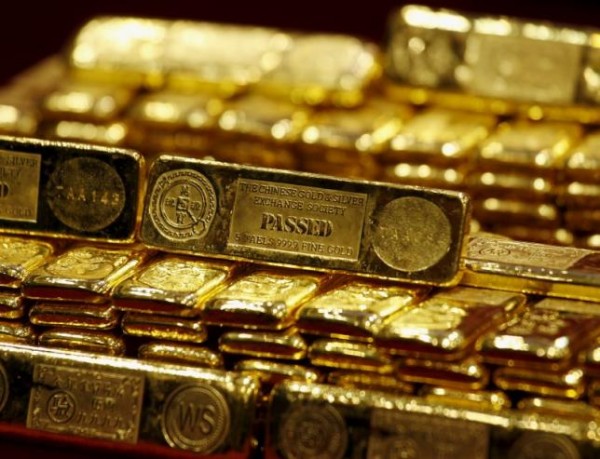 It has emerged that the People’s Republic of China is set to launch a historic Yuan-based gold price fix this April to boost the country’s status as the new emerging leader in the international financial market.

In June 2015, the Reuters News Agency reported that China was planning to launch the Yuan-based gold price fix by the end of the year.

Vice president for Shanghai Gold Exchange (SGE), Shen Gang had admitted publicly: “We will be introducing a renminbi-denominated fix at the right moment, we are hoping to introduce by the end of the year.” Renminbi is also another name for the Chinese currency Yuan, but the Yuan is the unit name of the Renminbi. China has been quietly accumulating a significant amount of gold bullion in recent years. The country is believed to keep all of their domestic production, as well as import significant amounts from other nations. In addition, they have been buying up gold mines around the globe at steep discounts, and bringing home gold they had stored in London, New York and Switzerland.

However, the price monopoly of the precious metal still remains in the hands of core Western Capitalist Nations such as the United Kingdom and the United States. The US Bullion Depository is located in Fort Knox, Kentucky. In 1933, President Franklin D. Roosevelt issued Executive Order 6102, which outlawed the private ownership of gold coins, gold bullion, and gold certificates by American citizens, forcing them to sell these to the Federal Reserve. This gave a monopoly of the metal to the Federal Reserve. It is estimated that the US holds about 2.3% of all the gold ever refined throughout human history.

In an attempt to rise to this challenge and break the Western monopoly on the precious metal, China is reportedly warning foreign banks that they must participate in the Yuan-based gold price fixing or lose their Chinese gold import rights.

Reuters reports that this first-ever Chinese benchmark is set to launch in April this year, and could be a game-changer for gold prices. The news agency also adds that the Chinese price fix has the potential of denting the relevance of the current global standard, especially the US dollar-denominated London price.

Precious metals experts say China has launched its own international gold trading platform on the SGE, becoming the largest physical gold exchange in the world, with an estimated 52 times more physical gold withdrawals.

The Chinese are believed to have taken these measures in collaboration with their close ally, Russia. Commentators say the two countries are keen on breaking the metal free from the price manipulation undertaken by the banks and governments in the US and the UK. And once price discovery moves from West to East, the two countries will allow the price to float to free-market levels, and the value of all the gold they have been accumulating will skyrocket.

Below is a chart showing how the trend of World Gold Reserve is gradually moving from the West to the East. The red line in the chart shows Asian gold reserves as a percentage of the world’s total gold reserves. The percentage has been rising steadily for decades, but the pace of the increase has picked up significantly since the 2008/09 financial crisis. The founder of Gold Stock Bull, Jason Hamlin believes the removal of the gold price suppression will be accompanied by wholesale dumping of US treasury bonds, and it will test the world’s faith in the US dollar debt-based fiat currency system.

He further  argues that this will give China, Russia and others a greater influence at the world financial markets, and better stability in their currencies. Hamlin also says it may also give them a considerable strategic advantage over the US and the UK—nations that are suspected to no longer have the gold that they claim to have.

This Article (Game Changer: China Set To Start Yuan-Based Gold Price Fix In April 2016) is free and open source. You have permission to republish this article under a Creative Commons license with attribution to the author and AnonHQ.com