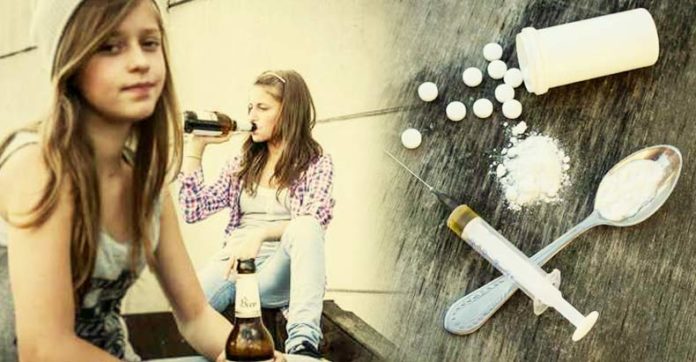 Researchers at the University of Florida have found that the theory of a “gateway drug” is not associated with marijuana – results from the Guttman scale indicated that alcohol represented the gateway drug, leading to the use of tobacco, marijuana, and other illicit substances. Furthermore, students who used alcohol “exhibited a significantly greater likelihood of using both licit and illicit drugs”.

In an interview with Raw Story, co-author Adam E. Barry said that his studies were intended to correct some of the propaganda that has infected American culture since the “Reefer Madness” era.

“Some of these earlier iterations needed to be fleshed out, that’s why we wanted to study this. The latest form of the gateway theory is that it begins with [cannabis] and moves on finally to what laypeople often call ‘harder drugs’. As you can see from the findings of our study, it confirmed this gateway hypothesis, but it follows progression from licit substances, specifically alcohol, and moves on to illicit substances,” Barry said. These findings walk hand-in-hand with a 2012 study from Yale that found that alcohol and cigarettes were much more likely than marijuana to precede opiate abuse.

Researchers used a nationally representative sample of high school seniors, evaluating data collected through the University of Michigan’s Monitoring the Future survey, which tracks drug use trends among youth in the US. Barry’s study focused on data collected from 14,577 high school seniors from 120 public and private schools in the United States.

“The findings from this investigation support that alcohol should receive primary attention in school-based substance abuse prevention programming, as the use of other substances could be impacted by delaying or preventing alcohol use. Therefore, it seems prudent for school and public health officials to focus prevention efforts, policies, and monies, on addressing adolescent alcohol use,” the study concluded.

Scientists had earlier discovered that cannabis, a therapeutic healing herb, may actually reduce brain damage caused by alcohol. A 2013 study from the University of Kentucky and the University of Maryland concluded that a chemical in marijuana called cannabidiol could be used to treat alcohol-induced neuro-degeneration.

Results of a very recent study has led to the conclusion that ‘illegal’ marijuana is far and away the safest ‘legal’ drug. Based on the findings, the researchers agreed that weed is 114 times less deadly than alcohol.

This Article (The ‘Gateway Drug’ Is Alcohol, Not Marijuana) is free and open source. You have permission to republish this article under a Creative Commons license with attribution to the author and AnonHQ.com.