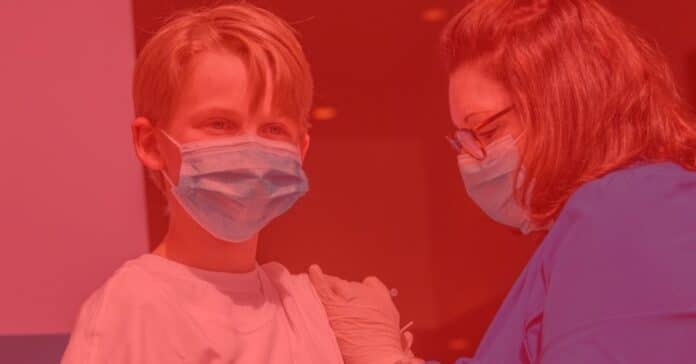 Shortly after the second Corona vaccine dose, a twelve-year-old child died. It is now being investigated whether the death was related to the vaccination.

A twelve-year-old boy may have died as a result of a Corona vaccination in the district of Cuxhaven. A final autopsy report was not yet available on Thursday evening. “The current status of the autopsy suggests a connection,” said Kirsten von der Lieth, press spokeswoman for the district.

She said the autopsy at the Institute of Forensic Medicine at the University Medical Center Hamburg-Eppendorf had been completed, but samples were still being examined. “We assume that the need for coordination is greater than normal because of the explosive nature,” she added. The child, who had pre-existing conditions, had died two days after receiving a second vaccination with the Biontech vaccine.

Announcement with indications of previous illnesses

According to an announcement from the Paul Ehrlich Institute (PEI) in Langen, Hesse, the child had severe pre-existing conditions, including a cardio-vascular, or heart and blood vessel, condition.

As reported by German media, the district administrator of the Cuxhaven district, Kai-Uwe Bielefeld, is said to have withdrawn mobile vaccination teams from schools. These were on the road in recent days to vaccinate children and adolescents.

Child died after second vaccination: This is what the forensic experts say

According to the preliminary autopsy protocol, experts at the Institute of Forensic Medicine at the University Medical Center Hamburg-Eppendorf believe it is likely that the death was due to the vaccination. “We are confronted here with a particularly tragic case,” the head of the health department, Kai Dehne told NDR. “Purely statistically, serious vaccination side effects resulting in death occur extremely rarely, but the affected family is hit 100 percent with all the ruthlessness.” Dehne expressed his deepest sympathy to the relatives. Rumors had been circulating on social media, which is why the county decided to make the case public.

Mother of the deceased boy speaks

Following the death of a 12-year-old boy, the child’s mother has now spoken out. Meanwhile, a pediatrician explains why vaccination is safe even after this death.

The exact cause of death of the 12-year-old boy who died after a Corona vaccination in the district of Cuxhaven is still not known. According to current knowledge, the final results of the autopsy would not be expected until the middle of next week at the earliest. “Unfortunately, we have to endure this unclear state for a while,” said District Administrator Kai-Uwe Bielefeld (non-partisan) on Friday. “”In the coming week, there will hopefully be further findings.””

Autopsy and investigations are the responsibility of the Institute of Forensic Medicine of the University Medical Center Hamburg-Eppendorf (UKE). The child had died two days after the second vaccination with the vaccine Biontech.

“He was our sunshine, loved space, had lots of friends. Everybody liked him. We wanted to protect him with the vaccine. After his second dose, he got a fever. But it got better quickly.”

But shortly thereafter, the drama began, “He was in his room, my husband at home, me on the road. When my husband didn’t hear anything for a while, he looked and found him lifeless in bed. My husband called 911. But it was already too late.”

Reported deaths temporally associated with Corona vaccination in children and adolescents are extremely rare. PEI lists five such suspected cases through Sept. 30 in people 12 to 17 years of age related to a fatal outcome within 2 to 24 days of vaccination with Biontech’s product. At least three of the adolescents had serious preexisting conditions, according to PEI.

So far, however, PEI said this Thursday it has not assessed any of the deaths after Covid 19 vaccination of 12- to 17-year-olds reported from Germany as likely or possibly causally related to Covid vaccination.

By comparison, 29 validated deaths associated with Corona in under-20-year-olds have been reported to date, according to the Robert Koch Institute (RKI) weekly report released Oct. 28. According to the report, information on known previous illnesses was available for 19 cases.