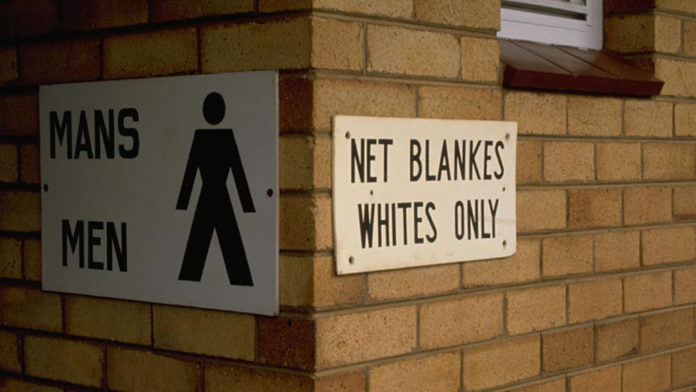 South Africa is divided between blacks and whites. The blacks are the majority. During the rule of the whites, many black South African thought they were living in hell. From the perspective of the ordinary black South African, the end of apartheid (the racial segregation that ended in 1994) means the beginning of a new life.

But the story looks opposite after nearly some 21 years after the end of apartheid. The hopes and aspirations that motivated the so called “freedom fighters’’ including people like the legendary, Nelson Mandela have been shattered by subsequent greedy black politicians.

In 2002, some 60% of black South Africans openly said life had been far better under apartheid (white minority rule) than their fellow black-rule (South Africa has been ruled by the African National Congress-ANC since the end of apartheid in 1994). This shocked outsiders especially other African nations who championed and stood by the blacks during the apartheid period. In the spirit of impartial and balanced journalism, Anonymous Headquarters would provide you with few verified statistics that shows how bad South Africa is since the ANC took over as the legitimate government of the Rainbow nation.

Before the end of apartheid in South Africa, life expectancy was said to be 64 years. As we speak now, it has reduced significantly to 56, the same as war-torn Somalia.  There are 132.4 rapes per 100,000 people per year, which is by far the highest in the world.  The South African government estimates that there are 31 murders per 100,000 people per year. That means about 50 people are killed per day in the country. That would make South Africa the tenth most murderous country in the world, overtaking Mexico.

To buttress this point, the South African popular writer and also a known anti-apartheid activist, Ilana Mercer who was forced to seek asylum in Israel due to the constant harassment she suffered from the then apartheid government, described the current situation as very appalling.

Two years ago, she told the World Net Daily quotes that more people are dying under black majority rule than white minority rule which some people fought against even to the point of death.

“More people are murdered in one week under African rule than died under detention of the Afrikaner government over the course of roughly four decades”, she was quoted as saying.

We cannot conclude on crime in South Africa without mentioning personalities like Lucky Dube (celebrated Rastafarian Reggae icon) who was shot dead in 2007 by an unknown assailant. Just last year, the country’s number one football goalkeeper, Senzo Meyiwa which many thought would lead the South Africa football national team (Bafana Bafana) to glory in the African Cup of Nations this year, was also shot dead by some robbers. Oscar Pistorius is languishing in jail because he thought his life was under threat, mistaking his own girlfriend for an intruder and pulled that infamous trigger. There are a lot of talents we cannot mention here which have gone wasted simply because the South African government has failed woefully to provide maximum internal security.

Unemployment in South Africa now stands around 25%. Majority of the youth are in destitution. However, President Jacob Zuma was able to get $24 million from the public purse to renovate his private residence. The think-tank theorist-Leon Louw, who was also one of the known anti-apartheid activists, described the crime and corruption in the country as “a simple manifestation of the breakdown of the state, the government just been appallingly bad at everything it does: education, healthcare, infrastructure, security, everything that is a government function is in shambles.”

South Africa is gradually becoming the most dangerous place you can be outside a war zone. What’s more worrying is the chance that it might become a war zone sooner or later. Nelson Mandela was able to bring the nation together despite some of the white atrocities during the apartheid era. According to the human rights organization-Genocide Watch, South Africa is at pre-genocide stage of 6 out of 8 (That is the Preparation stage).

Early this week, President Zuma submitted a land reform policy to parliament. Foreigners will be banned from owning land in South Africa under the new proposals outlined by the President. What happened in Zimbabwe where many whites had their lands taken away from them is likely to happen in South Africa soon. But even before President Zuma finished his speech on the new land reform, the South African parliament once regarded as civilized, descended into total chaos. The speaker had to throw some lawmakers out for disturbances. This is how far South Africa has come as a nation under the ANC.

According to Genocide Watch again, the murder rate among South African white farmers is four times higher than among South Africans en masse. That rate increased every month after President Zuma sang his song, for as long as accurate records are available: The police have been ordered to stop reporting murders by race.

The whites are now advocating for the creation of a City-State like Singapore from Malaysia. The city of Durban which is dominated by whites has been tipped as the new country for the white race. They say this would at least protect them. But what would happen to the numerous black people who would have no choice than to live under the incompetent corrupted Zuma’s government? We think the choice is in the hands of the blacks to decide.