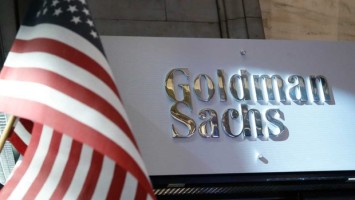 Goldman-Sach’s joins has joined a list of banks including Bank of America, Citigroup and JPMorgan Chase all ordered to pay reparations for “serious misconduct in falsely assuring investors that securities it sold were backed by sound mortgages, when it knew that they were full of mortgages that were likely to fail.” – US Department of Justice. According to the terms of the settlement, Goldman-Sachs agrees to pay approximately 5.06 billion dollars which includes

The loans in question were conducted between the years 2005 and 2007 over the most volatile years of what has become known as the ‘housing bubble’ – the events directly leading the recession of 2008. Over this time the United States Justice Department has found proof that the bank intentionally falsified information about the risks of loans offered in regard to mortgage backed securities. Consequentially when markets began to fail and stocks collapsed investors lost billions while Goldman-Sachs collected on the forfeited assets of their customers – secured through these loan contracts.

According to Investopedia “a mortgage-backed security (MBS) is a type of asset-backed security that is secured by a mortgage or collection of mortgages. These securities must also be grouped in one of the top two ratings as determined by a accredited credit rating agency, and usually pay through periodic payments. Furthermore, the mortgage must have originated from a regulated and authorized financial institution.” – such as Goldman-Sachs.

Essentially Goldman-Sachs allowed people to use their homes as collateral to obtain loans which were all but guaranteed to fail when the market crashed. If the customers were unable to keep up with payments, Goldman-Sachs still collected money by acquiring assets (homes) offered up as collateral. So Goldman-Sachs deliberately sold risky loans contract to unsuspecting customers knowing full well that when the market collapsed they would still collect regardless of the financial troubles of their customers. Given the banks global stature/influence they essentially had inside information about an inevitable market collapse and deliberately refused to share this information with customers whilst offering an “unusually high percentage” of loans in the years directly before the recession.

In an official statement released by justice.gov – Monday April 11th:

“Today’s settlement is another example of the department’s resolve to hold accountable those whose illegal conduct resulted in the financial crisis of 2008. Viewed in conjunction with the previous multibillion-dollar recoveries that the department has obtained for similar conduct, this settlement demonstrates the pervasiveness of the banking industry’s fraudulent practices in selling RMBS (residential mortgage backed securities)

Today’s settlement is yet another acknowledgment by one of our leading financial institutions that it did not live up to the representations it made to investors about the products it was selling. Goldman’s conduct in exploiting the RMBS market contributed to an international financial crisis that people across the country, including many in the Eastern District of California, continue to struggle to recover from.

I am gratified that this office has developed investigations, first against JPMorgan Chase and now against Goldman Sachs, that have led to significant civil settlements that hold bad actors in this market accountable.  The results obtained by this office and other members of the RMBS Working Group continue to send a message to Wall Street that we remain committed to pursuing those responsible for the financial crisis.”

But the news is not all positive and in many ways this settlement is almost as misleading the contracts offered by Goldman-Sachs years ago. As Dennis Kelleher, the founder of the advocacy organization Better Markets points out “They (D.O.J) appear to have grossly inflated the settlement amount for P.R. purposes to mislead the public, while in the fine print, enabling Goldman Sachs to pay 50 to 75 percent less.” As Nathaniel Poppers article with The New York Times explains

This article (Goldman-Sachs To Pay 5 Billion In Reparations For “Illegal Conduct Resulting in The Financial Crisis of 2008” – D.O.J.) is free and open source. You have permission to republish this article using a creative commons license with attribution to the author and AnonHQ. Join the conversations at www.anonboards.com