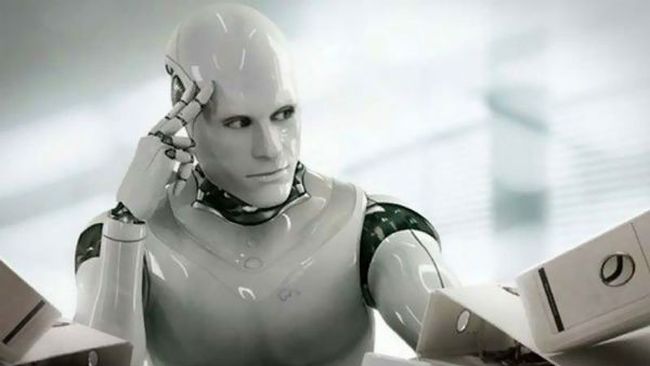 Google has developed a cloud-based system where multiple personalities could be downloaded to a robot – in the same way one might download an app – to suit the needs of different users. Google’s patent says that the personality could replicate the robot’s owner, a deceased loved one, or a celebrity.

“A robot may be programmed to operate according to a specific profile or personality for a given user, and may have a certain look (e.g., visual interface) and feel in the way of attributes (e.g., data stored controlling actions) which are unique or even idiosyncratic to that robot. The personality could be multifarious, in the sense of multiple personalities, which may be selected by the robot according to cues or circumstances, or a personality could be selected by a user (a human).

“The robot may be programmed to take on the personality of real-world people (e.g., behave based on the user, a deceased loved one, a celebrity and so on) so as to take on character traits of people to be emulated by a robot. “The robot personality may also be modifiable within a base personality construct (i.e., a default-persona) to provide states or moods representing transitory conditions of happiness, fear, surprise, perplexion (e.g., the Woody Allen robot), thoughtfulness, derision (e.g., the Rodney Dangerfield robot), and so forth. These moods can again be triggered by cues or circumstances detected by the robot, or elicited on command. “The customizable robot may further have the ability for improvisation or extrapolation based upon the selected personality, using clues from the human(s) interacting with the robot, or drawn from surroundings and circumstances. This interaction can be passive, i.e., responding to the human user, as well as proactive, in the sense that the robot initiates some conduct or interaction.”

The robot would also use information from a person’s mobile devices such a calendar information, emails, texts messages, call logs, Internet browsing history, and TV viewing schedule, to determine a personality to take on that would suit the user. Google lists a number of examples in the patent where the robot can learn human behavior and adapt. For example, in the morning, the robot may recognize the user’s alarm going off on the cell phone and may determine from prior data that the user is not “a morning person”, and map to the user’s mood for “need coffee”. The robot may responsively offer coffee to a user as opposed to a soft drink, with little or no conversation.

In another example, the robot may prepare food for the user using peanut oil. The user, who may be allergic to peanut-based foods, may eat the meal and have an allergic reaction. The user may further scold the robot for cooking the meal with peanut oil. The robot may permanently modify information in the user-profile to include the user’s allergic reaction to peanut and avoid anything to do with peanuts in the future.

Google already owns several firms developing robotic technology, including Boston Dynamics that has created Atlas, a 6.2 feet robot that can walk, run, jump and even open doors. According to Boston Dynamics, “Atlas is a high mobility, humanoid robot designed to negotiate outdoor, rough terrain. Atlas can walk bipedally leaving the upper limbs free to lift, carry, and manipulate the environment. In extremely challenging terrain, Atlas is strong and coordinated enough to climb using hands and feet, to pick its way through congested spaces”.

This Article (Google Patents Technology To Develop Downloadable Personalities For Robots) is free and open source. You have permission to republish this article under a Creative Commons license with attribution to the author and AnonHQ.com.