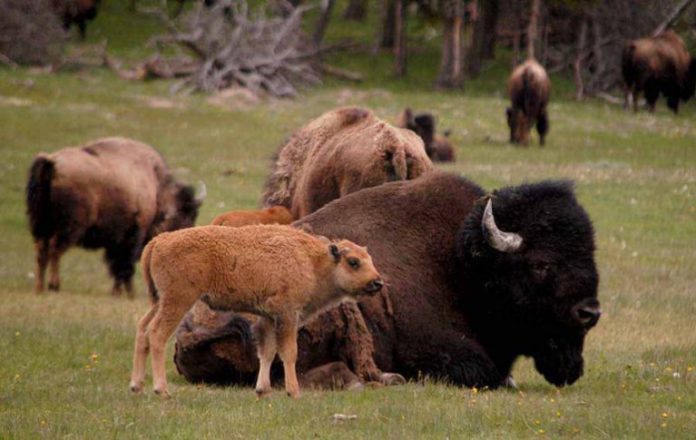 by Amanda Froelich at trueactivist.com

Apparently, they “compete with cattle for grazing space on public lands outside the park,” which adversely affects the livestock industry.

Did you know? Every year, around two million wild animals – such as bears, coyotes, and foxes – are killed in the United States to preserve the nation’s livestock industry.

If this news isn’t shocking enough, you’ll be disheartened to learn that up to 900 wild bison in the Yellowstone National Park will soon be slaughtered, as they are “considered a threat to the livestock industry.”

A recent article in The Wall Street Journal relays that government agencies will soon take action to kill off between 500 and 900 bison. The reason? They “compete with cattle for grazing space on public lands outside the park.”

“Government agencies aim to kill or remove up to 900 wild bison from Yellowstone National Park this winter as part of a continuing effort to reduce the animals’ annual migration into Montana by driving down their population.”

At present, around 5,000 buffalo roam in the Wyoming Park. On February 15th, however, that number will be reduced.

The annual bison cull is carried out for two reasons: to avoid overwhelming the land, and to protect farmers’ beef cattle from a disease called brucellosis, says Stefanie Wilson, a lawyer for the Animal Legal Defense Fund (ALDF).

“Each year since 2000, the National Park Service and other agencies … determine a number of buffalo that they’d ideally like to ‘remove’ from the Yellowstone population,”Wilson told The Dodo.

Brucellosis is a bacterial infection that can cause fever, joint pain, and fatigue. It is often passed from livestock to humans via unpasteurized milk and other dairy products. 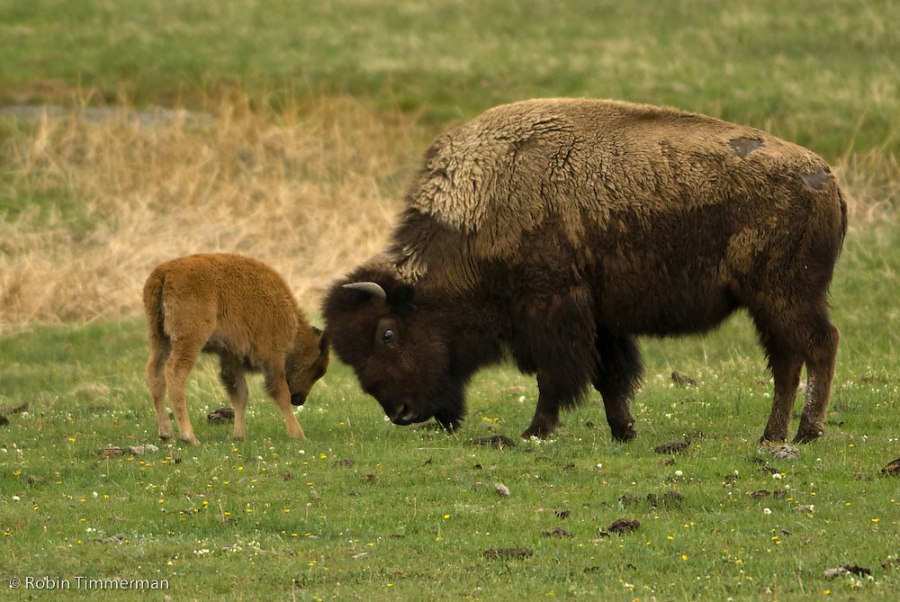 However, according to ALDF’s lawyer, there has never been a documented case of a bison passing the disease to a cow or bull.

“It is only theoretically possible based on a lab test,” she said.

Regardless, the annual cull is set to take place on February 15th, 2016, to appease agitated farms in the neighboring state of Montana.

Buffalo Field Campaign is one of the organizations working to stop the barbaric slaughter of hundreds of wild bison. Apparently, according to facts cited by The Dodo, there are no cattle in West Yellowstone for most of 2016, therefore, there is no risk of transmission (between November and June, cattle are trucked out of the area and into milder temperatures).

Other wildlife will also be disrupted by the process of herding the wild bison and their calves to holding facilities to be slaughtered.

“During a typical hazing operation, the … agencies ride noisy, smelly snowmobiles, fly helicopters, run horses, and ride ATVs throughout sensitive habitat important to numerouswildlife species,” the Buffalo Field Campaign wrote. When they flee from the noise, many animals — elk, moose, swans — use up energy they can’t afford to spend during a cold winter.

Ethically, the treatment of the wild animals is also a concern. ALDF is presently representing wildlife advocate Stephany Seay and journalist Chris Ketcham in a case against the National Park Service.

It is being noted that during the event, the park – public land – will be closed to all visitors. ALDF and animal rights advocates want to know exactly what will happen to the bison when the capture and kill operation takes place — especially since bison are prone to injuring each other in their extremely close quarters.

”The federal government manages the National Parks, and the wildlife that reside in those refuges, in trust for the American public and future generations.”

What are your thoughts on the annual bison cull? Are you for it or against it? Comment your thoughts below and please share this news!

This article (In February, 900 Bison Will Be Slaughtered For A Very Disturbing Reason…) is free and open source. You have permission to republish this article under a Creative Commons license with attribution to the author and TrueActivist.com