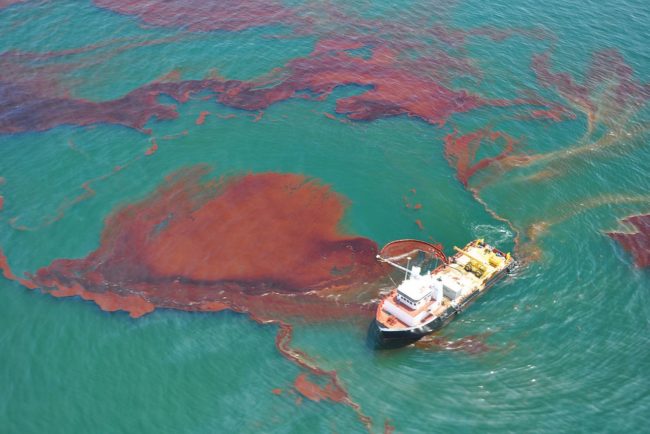 If I told you there was another major oil leak that just happened from another pipe in the Gulf of Mexico, again, how many of you actually heard about it? I certainly didn’t until just a few days ago and everyone I have talked to since had no idea as well.

The spill in question started more than a month ago. As has been reported, to date, the oil spill released “90,000 gallons of oil coming from a Shell flow line and taking up over 13 miles of of ocean off of Louisiana” – that they can actually track. Get this, “the leak was first noticed by a helicopter on May 12” and as recently as just two weeks ago, “not yet fully been contained.”

In statements about the matter, Michael Brune, the Sierra Club’s executive director, the company responsible for the leaks said that oil spills are “par for the course” in this line of work – thus to be expected. He was also quoted as expressing his disregard for care in the matter saying that “we have allowed the region to be perpetually treated as a sacrifice zone.” Profits to him, like many, outweigh any damage they are doing to the environment.

This article (The Gulf Had Another Large Oil Leak, Did You Hear About It?) is a free and open source. You have permission to republish this article using a creative commons license with attribution to the author and AnonHQ. Join the conversations at www.anonboards.com