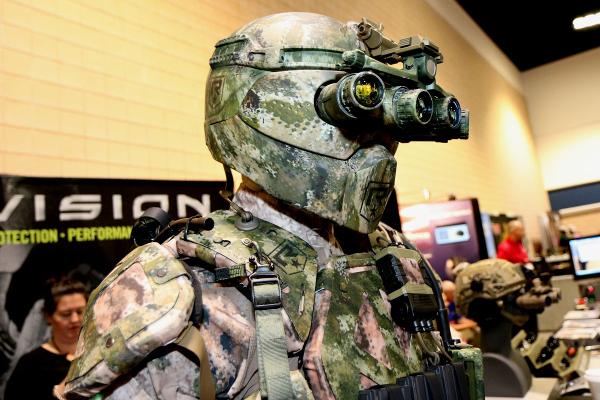 The fictional superhero Iron Man is capable of performing amazing things in the movie, including absorbing bullets. This is made possible because of his protective covering.

In the next few years, it is likely we will not only be watching Iron Man achieve extraordinary things on the silver screen, but we will see a similar version of his armor live and in front of our naked eyes. The special unit of the United States Armed Forces, Special Operations Command (SOCOM), is busy overseeing a new warfare technology that will be capable of performing functions similar to the armor of Iron Man.

Futurism.com reports that researchers at the Massachusetts Institute of Technology (MIT), United States, are building a combat exoskeleton (armor) called Tactical Assault Light Operator Suit (TALOS) for SOCOM. It is said the TALOS project started way back in 2013. SOCOM claims that the Navy SEALs and Special Forces would use the suit for special operations. It has been revealed that the first prototype of TALOS will be ready by 2018.

According to the detailed description of the suit, the exoskeleton makes use of a liquid that solidifies in milliseconds, and a tiny powerful engine for recharging the suit’s systems. Because combatants need great mobility, the suit is made with a “liquid body armor” that transforms into a solid form within milliseconds when a magnetic field or an electric current is applied through the material. The suit will remain soft and malleable during normal operations, but hardens instantaneously at the point of contact, deflecting and dispersing the immense destructive energy produced by a hit from an enemy round or piece of shrapnel.

According to experts, the suit is going to be a physiological subsystem that will use various sensors on the skin to monitor the wearer’s vital signs in great detail. It will also provide the wearer with additional strength.

The MIT researchers are building the suit in close collaboration with General Atomics, a defense contractor company based in the United States. General Atomics says it intends to provide the suit with a tiny combustion engine that can run up to 10,000 revolutions per minute. This technology will rely on Liquid Piston’s ‘X’ engine, which employs the High Efficiency Hybrid Cycle. According to General Atomics, this engine has a theoretical efficiency of 75%, and can be very quiet since it only consists of two moving parts: a shaft and a rotor.

Below is a video of the demonstration of the TALOS technology. The video claims a new era of soldier protection has arrived.

From what we gathered, it is not only the United States Armed Forces that is hoping to create an exoskeleton suitable for warfare. Some countries in Europe are reportedly building similar technology.

A Polish company called Moratex, is working on a similar liquid body armor. The company is using a non-Newtonian liquid called Shear-Thickening Fluid (STF). Observers say this is how science and technology will drive future warfare. There will be more killings and more destruction.

This Article (First Prototype Of Combat Exoskeleton That Stops Bullets With Liquid Armor Will Be Ready In 2018 [Video]) is free and open source. You have permission to republish this article under a Creative Commons license with attribution to the author and AnonHQ.com