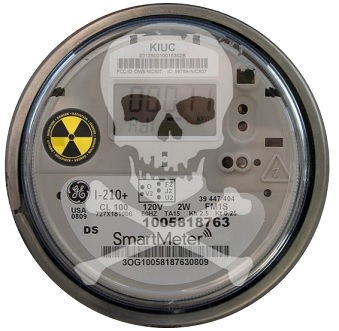 Conventional electric meters are now being replaced by smart electric meters which have been attacked by hackers due to lack of basic security protocols that can put millions of homes at risk. For instance it could allow a hacker to create a reading that could lead to false overly charged bill or possibly they can shut down power supply to the victim’s home.
Javier Vazquez Vidal & A.G. Illera, both security researchers said that hackers attack the memory chip inside these smart meters. Re-programming its code to change the readings or cut down electric supply. They can also insert a type of network bug that can lead to a massive black – out.
They also said that the new smart meters have a very easy – to – crack AES One Hundred & Twenty Eight encryption coding. The code was originally programmed to create secure communication and prevent fiddling with the electronic meter system.
Furthermore, they said that taking complete control of the smart meter box was easy after hacking it the unique ID can be switched – this ID is there to identify a customer – or simply launch an attack through that meter and hack through power network causing a massive black out.
However, they did not reveal the complete way of doing it not until the Black Hat Europe hacking conference. There they will explain what security vulnerabilities are present in these smart meters and what measurements can be taken to prevent them.
As we know internet of things or smart devices that are connected to the internet in one way or another are making our lives easier in many ways, but as with any technology on the verge of raising it is obvious that people like to tamper with it in many ways and one of those technique is also to hack it.