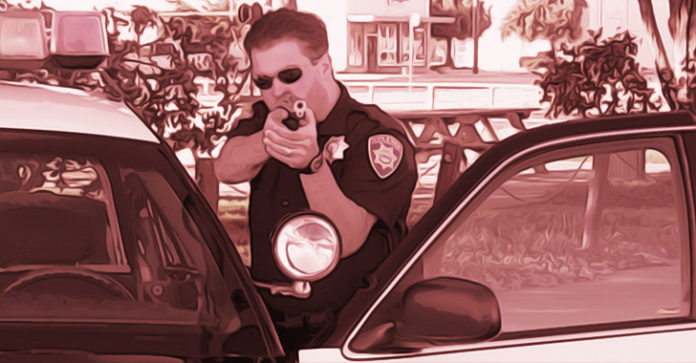 (TFC Op-Ed) Washington, DC – The airwaves are full of pundits screaming about violence against police officers. These are the same pundits that disregarded the warnings of experts in the field of insurgency when the Ferguson riots broke out and chose to dismiss the rioters as “thugs.” They continued to cheerlead for more police militarization even after the first officers were shot in targeted killings. They are now continuing their efforts to support police militarization. Those of us that warned of this last year, have watched in horror as all of our predictions came true. We are now in the fourth stage of the cycle of insurgency. The fifth stage is open insurrection. It is time for officers to dismiss the pundits on Fox News that have never held a firearm outside of a range and listen to people that know what they are talking about. None of us that have made these warnings did so because these are things we want to happen, we did it in an attempt to stop them from happening. A year after my first article on the subject, every single prediction has come true. Can the pundits on Fox News say that? No, and listening to their rhetoric has caused more cops and innocents to die.

To understand where we are headed, we have to know what has already happened. For a bit of background, review a brief synopsis of the cycle of insurgency from an article written in August of 2014:

Prior to the digital age, pamphlets were the main method of spreading dissent around the world. The pamphlets examined and questioned the authority of the contemporary governments and control systems. In the modern world, pamphlets have been replaced by blogs, memes, social media, and to a smaller degree, adversarial journalists.

Once the seed of dissent is planted, people take to the streets to voice their opposition to the government. These protests occur after the control systems of the era attempt to diffuse an offending incident.

Preemptive rioting follows a period of reactive protests that go unanswered by the government. The people begin taking to the streets and destroying private and public property as soon as an offending incident takes place, rather than waiting and hoping for the government to police itself.

These riots and small incidents of resistance trigger a government reaction. The control systems of the country tighten their grip on the people and further curtail civil liberties and infringe on people’s rights. The government crackdown fuels the resistance movement as more people tire of government intrusion.

At some point during the crackdown, an incident occurs that tosses a match into the powder keg of dissent. At this point, open rebellion occurs.

We are now in the Fourth Stage and the media that you falsely believe represents the views of the American people are calling for a harder crackdown. From the same article last year, written before NYPD officers wereambushed while sitting in their car:

“Without serious reform in what’s left of the justice system, the future is not one of officers walking free after killing an unarmed person; it will be one of officers becoming the target of sporadic violence. Despite the propaganda, being a cop in the United States is safer than being a trash collector. That will change, and officers will become targets of opportunity for those that previously sought reform through peaceful means.

“Those in departments that have excused the actions of their officers and made significant peaceful reform impossible, have now set the stage for their officers to be shot while sitting at traffic lights. Only 61% of murders are solved in the United States. Imagine how hard it will be to solve an officer’s murder that is completely random and lacks a direct connection to the shooter. Without a clear motive, there is no place to even start investigating.”

Certainly, departments all over the country will be issuing memos explaining the new security procedures to counter the threat of targeted killings. Some officers may have already received one. Allow me to guess its contents. The memo suggests riding in pairs, only answering a call once back up has arrived, sitting at separate tables when you eat in a restaurant, and performing all actions as a team to provide greater security. I’d be willing to bet that the phrase “safety in numbers” is somewhere in the memo. These tactics will all fail. The attackers will simply upgrade from firearms to pipe bombs. An even worse scenario is that officers do succeed in making themselves too difficult to attack. The insurgents will stop targeting cops and begin targeting their families while the officers are at work. This is what has happened in every insurgency in history.

It is extremely important to note that in all of recorded history, an insurgency that matured through the phases and reached this stage has never been quelled through force. Ever. It may have been delayed, but the insurgency simply went underground until opposition forces relaxed. In some cases it took 800 years to achieve an insurgent victory. Once an insurgency reaches this stage, it wins. It is that simple. See: Irish Republic Army.

At this point, in a form of bizarre just deserts, the only option law enforcement has is the same option it offered to the American people, which prompted this cycle: comply or die.

Certain police departments may believe they are isolated from the violence because of their geographic location. They aren’t. Because of social media, events that historically would have only prompted violence within the immediate vicinity can prompt violence on the other side of the nation. We are so close to an open insurrection in this country that it boggles the mind. If police proceed with a law enforcement crackdown, events could spiral out of control and open insurrection could happen tomorrow.

Some in the media are calling for the arrests of the leaders of Black Lives Matter, Cop Block, and other organizations. This is possibly the worst move law enforcement could make. This gives the cause martyrs. To continue the Irish comparison, after the Easter Rising the British government arrested, interned, and even executed some of the rebellion’s leaders. The names of those men are still recited in songs today, 100 years later. It fanned the flames of rebellion and as Éamon de Valera is said to have  remarked while waiting for the British government to decide between executing or imprisoning him, “every one of us they shoot brings ten more to the cause.” Today, with social media, the effects of martyr-based propaganda are even stronger. As a more recent example, ask those associated with the Anonymous collective how much influence people like Jeremy Hammond, Aaron Swartz, and Dennis Collins hold. Two of them are deceased, one sits rotting in a federal prison, and yet they are still massive recruiting tools.

Is this guy really saying to give in to violence? Yes. That is exactly what I am saying. There was an opportunity for a negotiated peace after Ferguson. Law enforcement chose to refuse. Law enforcement chose to dismiss the threat. Law enforcement chose to listen to pundits within the media that were only interested in pandering to their viewers. Now, that time has past. My best advice: immediately decommission the MRAPs, end no-knock raids for non-violent offenders, make certain the suspect is home and that you have the correct house before executing a raid, issue body cameras to all officers, end intrusive electronic surveillance, decommission the drones, and adopt a “do not fire until fired upon” policy. The end result of this scenario will be law enforcement demilitarizing; the only thing left to determine is how many cops and innocents die along the way.

Those in political office do not care about police officers’ lives. The last time the United States came this close to an open insurrection we had a President that understood insurgency. In fact, he understood it so well that he is responsible for the SEAL Teams and Green Berets having the role they have today. He understood that once it reaches a certain point, violent revolution is inevitable. He said:

“The Negro Reverend Walker…he said that the Negroes, when dark comes tonight, they’re going to start going after the policemen – headhunting – trying to shoot to kill policemen. He says it’s completely out of hand….you could trigger off a good deal of violence around the country now, with Negroes saying they’ve been abused for all these years and they’re going to follow the ideas of the Black Muslims now…If they feel on the other hand that the federal government is their friend, that it’s intervening for them, that it’s going to work for them, then it will head some of that off. I think that’s the strongest argument for doing something…”

“First we have to have law and order, so the Negro’s not running all over the city… If the [local Birmingham desegregation] agreement blows up, the other remedy we have under that condition is to send legislation [The Civil Rights Act] up to congress this week as our response…As a means of providing relief we have to have legislation.”

John and Robert avoided an open insurrection by recognizing the signs of insurgency and providing relief. There is no person in political office at the national level that has this foresight today. The changes will have to be made at the local and state levels. The reader may be wondering why this historical tidbit was left out of their high school history book. It really isn’t in the government’s interest to tell citizens that the fastest way to achieve reform is to begin shooting government employees.

Officers and politicians can ignore this article as they have the articles over the last year. If they choose to do so, they should rework their fiscal budget to buy more flags to put on coffins. Those funerals are inevitable without immediate and drastic reform.

Please, post this this article to your local police department’s Facebook page. While many may be cheering the idea of open insurrection, most do not understand the casualties and hardships associated with an insurgency. Since the federal government is unwilling to intercede, it is up to the American citizen to try to stop this from occurring. We have to take responsibility and stop the scenarios laid out above from happening.

This article (What Happens After Cops Start Getting Shot?) by Justin King is an opinion editorial (OP-ED). The opinions expressed in this article are the author’s own and do not necessarily represent the views of Anti-Media. It originally appeared on The Fifth Column and was used with permission. Tune in! Anti-Media Radio airs Monday through Friday @ 11pm Eastern/8pm Pacific. Help us fix our typos: [email protected].