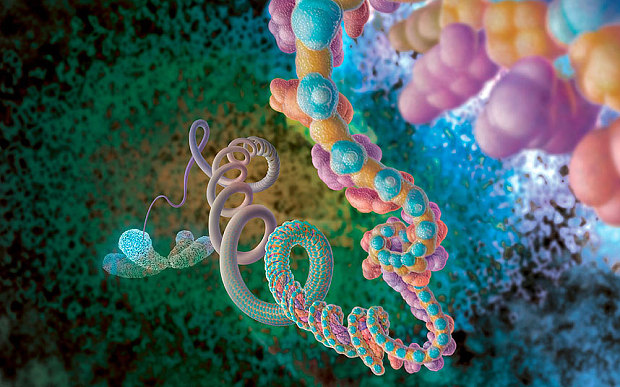 Scientists at Harvard and Northwestern University have discovered a distinct pattern in the changing length of blood telomeres, the protective end caps on our DNA strands, that can predict cancer up to 13 years before the killer disease is actually diagnosed. The pattern, according to the scientists, could ultimately yield a new biomarker to predict cancer development with a blood test with 100% accuracy.

Telomeres were much shorter than they should be and continued to get shorter until around four years before the cancer developed, when they suddenly stopped shrinking. The scientists found that cancer had hijacked the telomere shortening in order to flourish in the body. The 135 patients who were tested positive in the study were eventually diagnosed with different types of cancer, including prostate, skin, lung and leukemia.

“Understanding this pattern of telomere growth may mean it can be a predictive biomarker for cancer. Because we saw a strong relationship in the pattern across a wide variety of cancers, with the right testing these procedures could be used to eventually diagnose a wide variety of cancers… If scientists can identify how cancer hijacks the cell, perhaps treatments could be developed to cause cancer cells to self-destruct without harming healthy cells,” said Dr. Lifang Hou, the lead study author and a professor of preventive medicine at Northwestern University Feinberg School of Medicine.

After their findings were published, at least two major cancer breakthrough have been made across the world.

Grail is a #startup that raised $100 million to create a blood test to detect #Cancer early (before it is too late) https://t.co/UDqOTbVnWp

This Article (Harvard Develops 100% Accurate Test That Can Predict Cancer Up To 13 Years Before Diagnosis) is a free and open source. You have permission to republish this article under a Creative Commons license with attribution to the author and AnonHQ.com