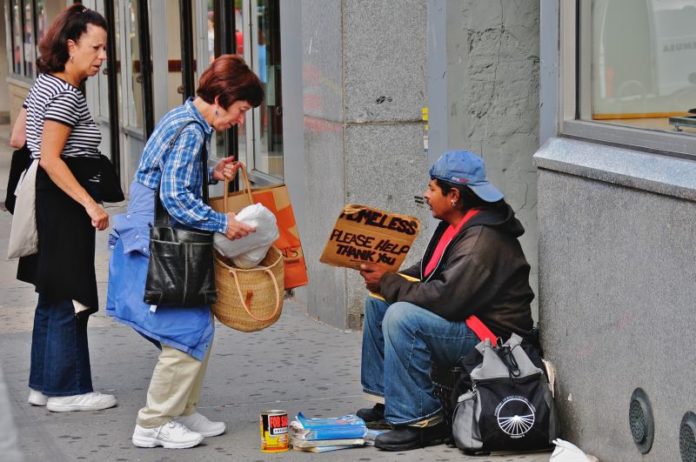 The solution of the state is simple: give homes to the homeless.

Utah, one of the most conservative states in the United States, has found success in its cost-effective novel concept in solving the chronic homelessness problem. In 2005, when Utah launched the Housing First program, about 2,000 people were chronically homeless — someone who has experienced homelessness for a year or longer, or who has experienced at least four episodes of homelessness in the last three years and has a disability. They accounted for only 10% of the state’s total homeless population but used about 50% of the state’s homeless services. The average chronically homeless person used to cost Salt Lake City more than $20,000 a year before Housing First; just $8000 annually after its execution.

The chronically homeless people face mental health issues, addictions and other deeper challenges that hinder their chances of getting jobs and housing. State resources are wasted in funding their hospital visits, prison stay, drug treatments, and shelter stays. Giving them a house makes things much cheaper and easier. Under the Housing First program, the majority of the homeless population are only homeless for a few days or weeks, then they become self dependent and stop being a burden on the state.

“It’s just so rational. We really should’ve figured it out a long time ago, but we had some mental blocks in the way. The intentions [of previous programs] were good, but what that really did was take the most challenged people and put up these barriers. It made it impossible to get out of this trap,” Kerry Bate, director of Salt Lake County’s housing authority, told Mic.

“Getting people off the streets and get them into housing just works. Homelessness itself turns out to be a big barrier to all kinds of things, whether it is trying to get a job or trying to get an education or [trying to] stop a drug addiction,” said Steve Berg, vice president for programs and policy at the National Alliance to End Homelessness.

Because of Housing First, Utah has seen a 74% drop in chronic homelessness since 2005. “We’re at the point now where there are under-300 chronically homeless people in the state, and we’re struggling to think, ‘What does it mean when you’ve done it?’ But that’s a fun place to be,” Bate added. Instead of sympathising and taking care of their homeless population, many cities in the United States have criminalized homelessness. 34% of cities have bans on camping, 24% ban begging and 53% have banned sitting or lying down in public places – the number of cities where it’s illegal to sit or lay on a sidewalk has increased from 70 in 2011 to 100 in 2014. Recently in Florida, a 90-year old World War II veteran was arrested for feeding the less fortunate. The success of Utah’s Housing First program points to a new approach to social programs: humane in nature and economically wise. The economic benefits of keeping homeless from getting consumed by the shelter system are immense. It will save a lot of dollars if a little money is spend on providing housing to homeless people than paying enormous sums on treating and curing them.