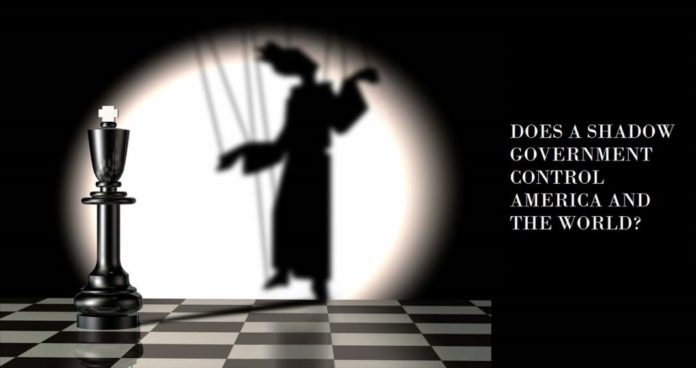 One thing we can be sure about the Shadow Government, is that it’s run by those who consider themselves the “Elite.” These are the individuals who own our banks, keep us dependent on fossil fuels, manufacture our clothing, control our food, and distract us with mindless media.

The Elite consider themselves to be the true citizens of this nation, and in fact the world. The rest of us — the 90-some-odd percent — aren’t real to them. The way they understand the world, we’re no more than mindless, unfeeling animals to be used to brace their lifestyles.

It is us, the citizens, who pay the majority of the taxes, we pay for the Elites mistakes, and we work their corporations, factories, resorts, and various other enterprises so that they can live prosperous lives. While the rest of us struggle for our “American dream,” theirs are most often passed down freely from generation to generation having never been earned.

To add insult to injury, were it not for the people’s constant sacrifices, the Elite’s American-dream would not exist in the first place, but they consider this “right” and “just” because they are the true citizens. Were it any other way, they believe we would be depriving them of their rights.

In the US the Elite work to imprison us for profits while abroad, their military-industrial-complex is expending our troops freely, and killing millions more innocent lives in the process. We’ve found that in both the US and the UK, about the two most self-righteous nations in the world, the Elite have been systematically raping, and in some reports from the UK, killing our children in their own private pedophile rings. In this system, which has been in place in the United States from the beginning and carefully nurtured, the majority of humans have become nothing more than a commodity, and no one is safe.

Contrary to popular belief, the Constitution was not celebrated by all, in fact a handful of the fifty-five men who gathered for the Constitutional Convention knew it was a flawed system that catered to the rich. This included James Madison, who believed the outcome of the Convention would have great consequences for “the cause of liberty throughout the world,” according to his notes that were later published in 1840.

The majority of the men who attended were wealthy, and twenty-two served in the Army during the Revolution. As a result, there was a commonly felt need to strengthen national authority, and curb what one attendee called “the excesses of democracy.”

“John Adams described the convention as a gathering of men of ‘ability, weight, and experience.’ He might have added ‘and wealth.’ Few men of ordinary means attended. Although a few, like Alexander Hamilton, had risen from humble origins, most had been born into propertied families. They earned their livings as lawyers, merchants, planters, and large farmers. Nearly all were quite prosperous by the standards of the day,” (Foner, 2014, p. 257).

Unfortunately, despite Hamilton’s humble beginnings, he wasn’t exactly a man-of-the-people. He had actually proposed for presidents to serve life terms, like Kings and Queens, stating that the “rich and well-born” must rule. Although that proposal didn’t pass, the rich and well-born were still the ruling powers, and every way in which it was predicted this government would fail by those who didn’t agree with the Constitution, has come to pass. First and foremost, the bankers and merchants (today known as corporations) have become the ruling power. And yet, were it not for individuals like Edward Snowden and Julian Assange, the idea of a Shadow Government would still be considered conspiracy theory by those who believe that High School teaches history, and mainstream media provides cutting-edge news. Others have spoken out over the years, and provided below are a few of those quotes compiled by Collective Evolution. See here for their full list.

“It is ironic that the U.S. would begin a devastating war, allegedly in search of weapons of mass destruction, when the most worrisome developments in this field are occurring in your own backyard. It is ironic that the U.S. should be fighting monstrously expensive wars in Iraq and Afghanistan, allegedly to bring democracy to those countries, when it itself can no longer claim to be called a democracy, when trillions, and I mean thousands of billions of dollars have been spent on projects about which both the Congress and the Commander in Chief have been kept deliberately in the dark.” – Former Canadian Defense Minister, Paul Hellyer, who has taken part in the Disclosure Project.

“Since I entered politics, I have chiefly had men’s views confided to me privately. Some of the biggest men in the United States, in the field of commerce and manufacture, are afraid of somebody, are afraid of something. They know that there is a power somewhere so organized, so subtle, so watchful, that they had better not speak above their breath when they speak in condemnation of it.” 28th President of the United States, Woodrow Wilson.

“A power has risen up in the government greater than the people themselves, consisting of many, and various, and powerful interests, combined into one mass, and held together by the cohesive power of the vast surplus in the banks.” – 7th Vice President of the United States, John C. Calhoun.

The fact is, fellow Americans, we were duped from the beginning. The idea of America is what we love, and of course we do; that illusionary concept was meticulously shaped to appeal to us with catchy words and phrases such as “freedom,” “liberty,” and “in god we trust,” but unfortunately, all it has ever been to the common citizen is an “idea.” This nation has always belonged to the Elite, and as a result, the people have always struggled with the banks and merchants. They won the last round with the Federal Reserve… and enter the Shadow Government.

This Article (Here’s What Various Politicians Have Said about the Shadow Government) is a free and open source. You have permission to republish this article under a Creative Commons license with attribution to the author and AnonHQ.com