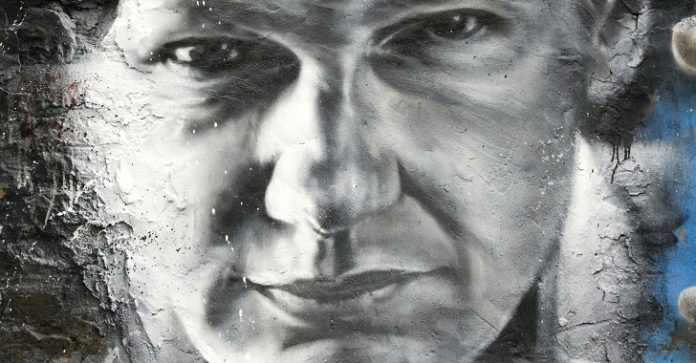 By Clarice Palmer at theantimedia.org

Julian Assange is one of the most wanted men in the world. After a recent tweet, however, he might also be at the top target of Hillary Clinton’s alleged “hit list.”

On Wednesday, the WikiLeaks founder took to Twitter to urge Americans not to waste their vote on President Barack Obama’s former Secretary of State — unless they want the country to be involved in yet another ongoing military entanglement.

“A vote today for Hillary Clinton is a vote for endless, stupid war.”

He went on to claim Clinton bears responsibility for the Iraq War, but for other failed military campaigns undertaken by the United States.

“Hillary didn’t just vote for Iraq,” he said. “She made her own Iraq. Libya is Hillary’s Iraq and if she becomes president she will make more.”

During his many years of experience scrutinizing official U.S. communications, Assange has had access to “thousands” of her cables. To the Australian truth-seeker, “Hillary lacks judgement and will push the United States into endless wars which spread terrorism.” Despite her current popularity among some of the most establishedfigures of the Democratic party, Assange argues that her “personality combined with her poor policy decisions have directly contributed to the rise of ISIS.”

Clinton has long-reviled WikiLeaks, and last year, her email records revealed that while she served as Secretary of State, her aides coordinated with CBS’s 60 Minutes to craft a narrative against Assange while he was interviewed on the show. Assange had previously leaked cables about her State Department.

Regardless of their direct hostility towards each other, Assange is not the only one who has accused Clinton of playing a major part in the rise of the Islamic State.

“I’m pretty good at signals, and I see a lot of things happening,” he told the audience. “They’ve created ISIS. Hillary Clinton created ISIS with Obama—created with Obama,” he repeated.

When questioned about the deadly attack against the U.S. diplomatic mission in Benghazi, Libya by Senator Rand Paul (R-KY), the then-Secretary of State failed to answer whether the United States was using the Benghazi embassy to smuggle guns to Syrian rebels. While many dismissed Paul’s theory as a “conspiracy theory,” the senator was vindicated when Judicial Watch obtained documents that confirmed U.S. agencies were aware of the gun smuggling operation.

“Pentagon generals objected to destroying the Libyan state,” explained Assange in his long-form tweet.. “They felt Hillary did not have a safe post-war plan.”

But despite the generals’ warnings, “Hillary Clinton went over their heads.”

To Assange, Clinton’s decisions helped create a safe haven for the Islamic State. With the looting of the Libyan national armory and the transference of weapons to jihadists in Syria, Assange argues that “Hillary’s war has increased terrorism, killed tens of thousands of innocent civilians and has set back women’s rights in the Middle East by hundreds of years.”

Assange closes his pledge by saying Clinton shouldn’t even “be let near a gun shop, let alone an army. And she certainly should not become president of the United States.”

This article (Here’s What Julian Assange Thinks About Voting for Hillary Clinton) is free and open source. You have permission to republish this article under a Creative Commons license with attribution to Clarice Palmerand theAntiMedia.org