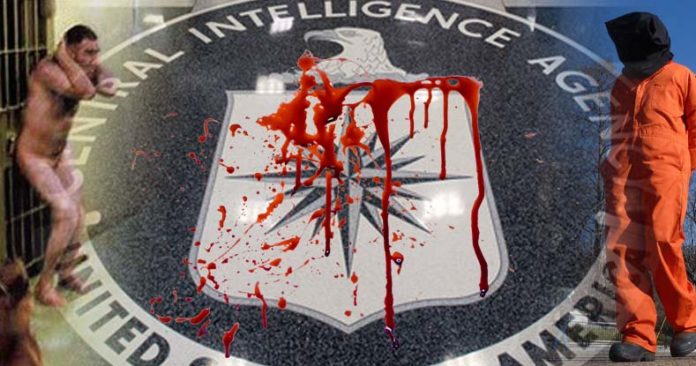 After it spent nearly five years analyzing approximately 6.3 million pages of documents at a cost of $40 million, the U.S. Senate Select Committee on Intelligence, in December 2014, released a 525-page executive summary of a roughly 6,700-page still-classified investigation. The document covered an investigation into six years of detention and “enhanced interrogation techniques” used by the CIA against foreign prisoners (in the wake of the 9/11 terrorist attacks) within the walls of covert, overseas prisons.

Just days after the 9/11 attacks, U.S. President George W. Bush authorized the CIA to begin detaining and interrogating people it suspected of being terrorists, holding them at secret locations around the world. However, the Senate committee report exposed the CIA as a globe-spanning enterprise of criminality, deceit, and violence — as well as rank incompetence, petty intriguing, and porno-sadistic depravity.

The Senate committee found the CIA subjected at least five detainees to “rectal feeding,” described in one case as infusing the pureed contents of a lunch tray into the detainee’s rectum via a medical tube, done without evidence of medical necessity. It also found that the CIA forced some detainees to stand for days on end, without sleep, while they had broken bones in their legs and feet.

In at least one other case, it was revealed that a man was held partially nude, chained to the floor and allowed to die from hypothermia. There were atrocities the U.S. government concealed from the 525-page executive summary, including a disturbing video that showed U.S. soldiers raping young boys in front of their mothers.

In the wake of the graphic testament to official deception and brutality, a large number of individuals and organizations called for the prosecution of the CIA and Bush Administration officials (including former CIA Director George Tenet, Vice President Dick Cheney, National Security Adviser Condoleezza Rice, and Bush himself) for authorizing and carrying out the abuses while turning their back on human decency, and for willfully misrepresenting its tactics’ usefulness to policymakers and the public.

From a legal standpoint, the war crimes and crimes against humanity that are documented in the report warrant the immediate arrest, indictment and prosecution of every individual involved in the program, from the torturers themselves and their “outside contractors” all the way up to senior officials in the Bush and Obama administrations who presided over the program and subsequently attempted to cover it up.

In a detailed report titled No More Excuses: A Roadmap to Justice for CIA Torture, Human Rights Watch identifies a legal basis for prosecution of the U.S. government officials. It also calls on the U.S. Attorney General to conduct criminal investigations into perpetrators of post-9/11 torture, and demands the release of still-classified text of the U.S. Senate committee report. Laura Pitter, senior national security counsel at Human Rights Watch and co-author of the report, told The Intercept:

“The Bush administration concocted spurious legal rationales for its torture policies, such as the claim that high-ranking officials could be excused from legal liability because of the ‘necessity’ of torture. These were later removed because they had no basis in the law, but not before they were used to justify acts that were clearly criminal despite being nominally ‘authorized’.”

Ironically, the United States remains a party to the United Nations Convention Against Torture, a treaty ratified under U.S. law that aims to prevent torture and other acts of cruel, inhuman, or degrading treatment or punishment around the world.

“Not prosecuting individuals responsible for torture is really dangerous. The U.S. was instrumental in drafting the United Nations Convention Against Torture, and brazenly ignoring its own treaty obligations provides a ready excuse for other countries to begin ignoring them as well.”

The UN convention Against Torture requires states to prosecute acts of torture where there was sufficient evidence to provide a reasonable prospect of conviction. Ben Emmerson, the UN special rapporteur on human rights and counter-terrorism, noted:

“Those at higher levels involved in the commitment of an international crime, a crime of universal jurisdiction, are liable to be charged. There is no excuse for shielding the perpetrators from justice any longer.”

Why is the U.S. unwilling to prosecute torturers, even after two years? The U.S. president enjoys broad prosecutorial discretion; he can decide not to prosecute Americans who violate the country’s torture laws. Furthermore, the American laws give a great deal of protection to CIA agents who are accused of abusing their power. Moreover, “secrecy concerns driven by national security” justify constraints on criminal actions. Lastly, how will the U.S. justify the ongoing torture if the previous torturers are prosecuted?

The dark prisoners: Inside the CIA’s torture programme

This article (Torture Cases Display Why the CIA MUST BE Prosecuted, and Why the U.S. Will Not Abide by the Law) is a free and open source. You have permission to republish this article under a Creative Commons license with attribution to the author and AnonHQ.com.