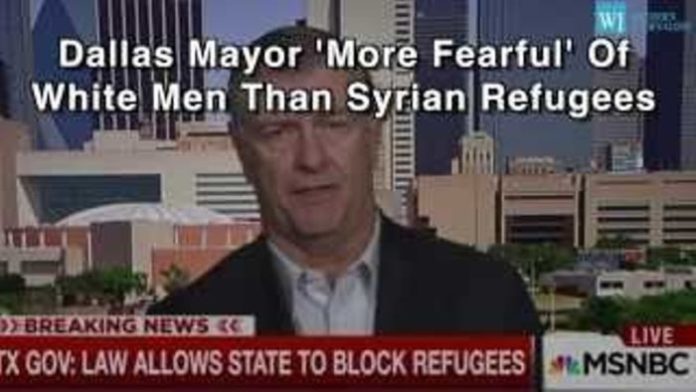 The wars in the Middle East are pushing many people out of their homes. These people have become refugees, fleeing to places where their security can be guaranteed.

Many refugees see the West as a perfect destination where they can be protected, and possibly integrated into a society to start their life all over again. Germany alone, has accepted over 1 million of Syrian refugees, and is trying to integrate them. This is refreshing and commendable. But apart from Germany and a handful of other countries in Northern Europe, almost all of the remaining countries in the West are reluctant to accept these people who are fleeing from violence.

In the United States for example, President Barack Obama announced in January 2016 that the country is planning to resettle approximately 10,000 Syrian refugees by the end of the year. By April 2016, the State Department revealed the country has accepted only 1,285 new refugees. This figure represented only 13% of the refugees Obama and his team had agreed to accept. This is not encouraging.

In fact, when Obama even made the announcement of accepting the 10,000 refugees, many mayors in charge of cities in the country openly opposed the policy. To make matters worse, the emergence of Donald Trump in the political sphere has occurred. During Trump’s entire election campaign period, he consistently said that his administration would not accept refugees in the United States. According to Trump, accepting Muslim refugees would pose a serious security threat to the homeland. Trump went as far as saying that all Muslims should be banned from entering the United States.

Trump’s bigotry against refugees and Muslims in general, was due to isolated attacks that occurred in the West, in which the perpetrators are believed to be Muslims. But of course, these incidents were not a justification for the West to turn its back on people fleeing from violence.

However, not all influential personalities in the West support the rejection of Muslim refugees from the Middle East, with Mike Rawlings, the mayor of Dallas, Texas, supporting Muslim refugees in the United States. Apart from being a pro-refugee, Mayor Rawlings also has a very important message to share with the anti-refugee cohorts in the United States. Rawlings believes that those urging Western countries to turn their backs on refugees because of the attacks by terrorist groups are getting everything wrong. Rawlings specifically referred to the attacks by the so-called Islamic State of Iraq and Syria (ISIS) in France and Belgium.

When asked if he had any safety concerns about allowing refugees into the United States, Mayor Rawlings made a chilling revelation: “There is never a 100% guarantee [of keeping terrorists out], and safety is my #1 concern, as it is [Texas] Governor Abbott’s. We’ve got to make sure [those entering the country] are safe. This is a 21-step process to get in. 18 to 24 months to jump through these hoops. This is a serious issue. I am more fearful of large gatherings of white men that come into schools [and] theaters and shoot people up, but we don’t isolate young, white men on this issue.” If you read carefully the bold part of the quote, you would come to realize that Rawlings is pointing out the attacks carried out by white supremacists in the United States against other racial groups.

According to statistics, since 9/11, 48 people have died from radical right wing (white supremacist) terrorist attacks, while 26 have died from jihadists. This means citizens of the United States are actually more likely to become victim of a white male terrorist than an Islamic jihadist attack. Dylann Roof murdered nine people at a black church in Charleston, South Carolina in 2015. This is a larger death toll than the jihadists who bombed the Boston Marathon in 2013, killing four. The New America Foundation has confirmed this in a study.

Senator Brown told NPR in an interview: “I mean, since the beginning of the Bush administration when we were attacked, September 11th, we’ve not had any major terrorist attacks in this country. We’ve had individual crazy people … they look more like me than they look like Middle Easterners — they are generally white males — who have shot up people in movie theaters and schools. Those are terrorist attacks, they’re just different kinds of terrorists.” From the statements made by these two personalities, it is clear that the notion of not accepting refugees simply because of their religious orientation is completely built on a false premise. There are more homeland security threats to the United States than mere refugees. These are innocent people fleeing from violence and destitution. On no account, should they be associated with terrorism.

This article (Texas Mayor Reveals White Supremacists are more Dangerous than Refugees, Urges Country to Show Compassion) is a free and open source. You have permission to republish this article under a Creative Commons license with attribution to the author and AnonHQ.com.