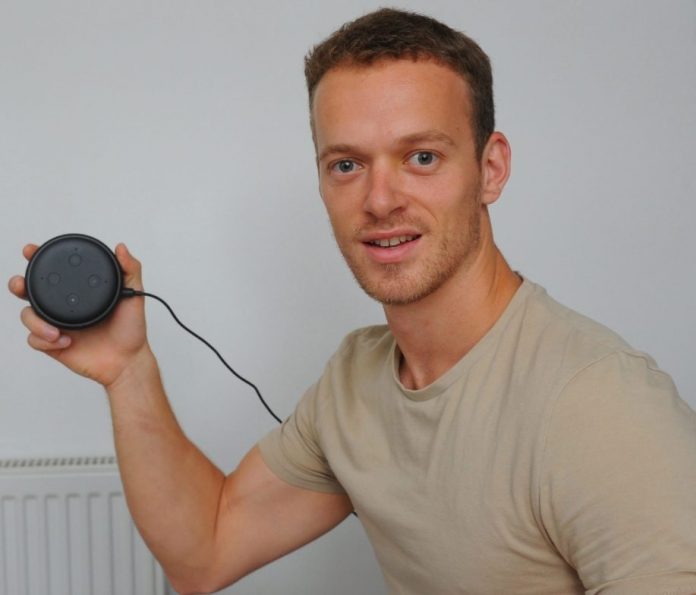 (Zero Hedge) A 29-year-old man from south Wales was shocked when his Amazon echo dot device began calling him a shithead whenever he asked the personal assistant to play music.

Michael Slade says the device began swearing at him the day after he tried to cancel his Amazon Prime subscription, according to the Daily Mail.

“I tried to cancel my subscription and had a short conversation with someone in customer services and the next day my Alexa is calling me names,” said Slade, adding “I’ve spoken to technical support and they’ve never heard of this happening before.”

According to the Mail, Amazon offered Slade gift cards and a year of free Prime membership to make up for it.

“I normally asked it to play me music. I’ve never made a playlist. When I ask it to play music, it would say ‘here’s something you might like’ and it’s normally some pop or student favourites,” he added. “I was a bit annoyed at the gift card they send me – five pounds is hardly enough for being called a s*** head.”

“All I wanted to do was cancel my Prime subscription because I wasn’t using it. I’ve wondered if someone has changed something on my account.”

That said, “Software is available for the Echo Dot speaker that can make Alexa curse — but it is unclear whether someone might have deliberately uploaded this to the device.”

Michael says that’s not the case, however.

“I swear I haven’t done anything to it. Hand on heart I haven’t made it say it, or know why. Nor do any of my housemates.”

Amazon disagrees, as a spokesperson told The Sun: “Customers are able to personalise their Alexa experience, including playlist names. Alexa would not respond in this way without some customisation from the user.“