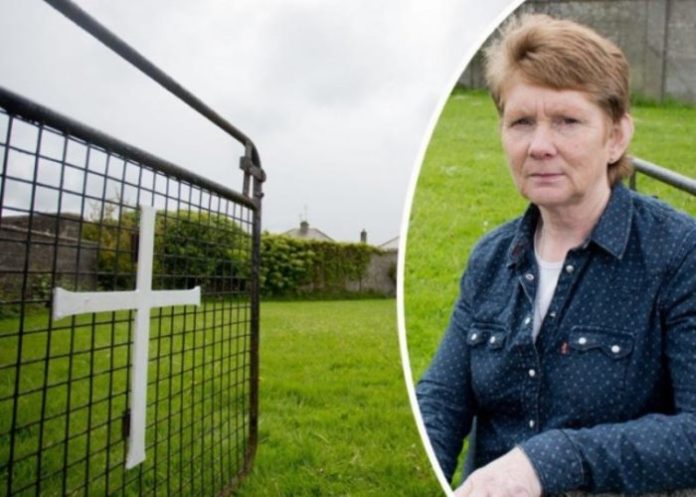 It is refreshing to know that there are still good people out there doing great things. There would have been a cover-up to this appalling incident had it not been for the persistence of historian Catherine Corless, who sought out the truth.

Investigators in the Republic of Ireland have discovered a mass grave containing over 800 remains of babies at a former Catholic-run maternity home in the country. The discovery has shocked many local residents. The discovery was made in the town of Tuam, County Galway, in March 2017. According to the account of the story, Bon Secours Mother and Baby Home was a maternity home for unmarried mothers and their children. It operated in the town between 1925 and 1961. The home belonged to a Catholic religious order of nuns.

Sources say when the home began operating in 1925, unwedded single women who became pregnant were sent there by force to give birth at the facility. They were denied going to the hospital or giving birth at home. The nuns at the home were said to be trained nurses and midwives who took care of these mothers affected by this era’s social stigma. In 1927, a maternity ward was added to the facility so that the mothers could be segregated from the public wards. Mothers who entered the home were required to stay inside for one year, doing unpaid work for the nuns. This was probably to offset the cost of their upkeep. These mothers were also separated from their children. The babies remained separately in the home, raised by the nuns until they could be adopted. The adoptions were done without the consent of the mothers.

A 2015 investigation done by the Irish Examiner found that the Irish Health Services Executive (HSE) had voiced concerns in 2012 that up to a thousand children may have been trafficked from the home to the United States during its operation. The outlet revealed the HSE recommended that the then health minister be informed so that a fully fledged, fully resourced forensic investigation and state inquiry could be launched. But before the Examiner embarked on its investigation on the home, historian Catherine Corless had claimed earlier that many babies and children had died on scene, and were buried haphazardly in a mass grave. Catherine is said to have discovered this after she found death certificates of over 800 children who were residents at the facility, but burial records for only two. Catherine was therefore convinced something was amiss during the operational period of the home.

Under the Freedom of Information Act, Catherine filed for Galway county council’s records on the home from 1925 to 1961. She was refused. She was rather given documents from the 1970s, including an official map of the home. With the help of the map, Catherine led a team of investigators to study the site, preparing it for excavation. The evidence was overwhelming. The Irish government in 2014 formed a commission to handle the excavation of the site. The excavation project uncovered an underground structure divided into 20 chambers containing significant quantities of human remains.

According to the commission in charge of the excavation, analysis of some selected remains showed ages of the deceased ranged from 35 weeks to three years old. The commission revealed the dead bodies had been mostly buried in the 1950s, shortly before the home was closed in 1961. After this damning revelation, Catharine said she believes caretakers of the home saw nothing wrong with what they were doing. She also lashed out at the government for not giving her the needed help initially, when she started to investigate the incident.

“They obviously didn’t see the importance. There is an area across the map marked ‘burial ground. First, the houses were built, around that area. Finally a playground was built on part of the burial ground itself,” she said. The government’s commissioner for children, Katherine Zappone, said the findings were sad and disturbing, promising that the children’s families would be consulted on providing proper burials and other memorials in order to honor them.

“We will honor their memory and make sure that we take the right actions now to treat their remains appropriately,” Zappone said.

The commission is still investigating the issue. Residents have questioned why the mortality rate among children could be so high. Some are suspecting possible foul play during the 1950s period. In fact, Tuam residents are hungry for the truth. They have called for an investigation into the town’s Grove Hospital, which had also been run by the Bon Secours order. A number of people claim their children or siblings were buried on the site from the 1950s right up until the late 1970s.

The Galway County Council has responded positively to the call. It has stipulated that an archaeologist must monitor excavation work on the site in order to preserve any remains which may be buried there. Observers say more bodies are likely to be discovered which would lead to further inquiry to establish the whole truth surrounding this awful mystery.

This article (Historian Pushes to Discover over 800 Remains of Babies in a Mass Grave at Catholic Maternity Home in Ireland) is a free and open source. You have permission to republish this article under a Creative Commons license with attribution to the author and AnonHQ.com.