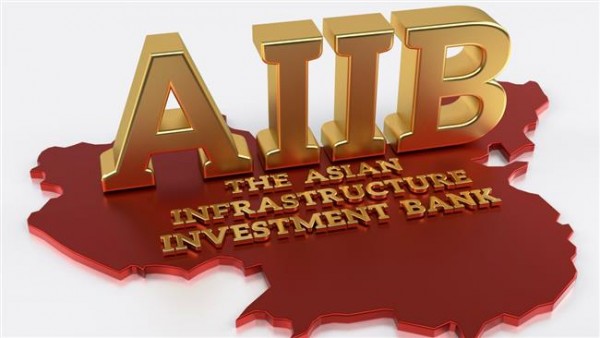 The People’s Republic of China has successfully led the establishment of a new financial institution that is completely dedicated to economic development that will translate into the creation of social facilities for both underdeveloped and emerging nations.

The bank, known as the Asian Infrastructure Investment Bank (AIIB), has been officially opened for business and is expected to attract genuine business partners to meet its aims and objectives.

The bank was first proposed by China in 2013, and was founded in October 2014, with its headquarters in the Chinese capital, Beijing. Its goals include boosting economic development, creating wealth, providing infrastructure, and promoting regional cooperation and partnership around the world.

Observers say AIIB will usher a new financial system that will lead to a new era of economic development for humanity.  Geopolitics reports that humanity will remember this time as the day when real men stood their ground and did what they believed was right for the people. The United Nations has acknowledged the launch of AIIB as having potential for scaling up financing for sustainable development for the concern of global economic governance.

Currently, capital of the bank stands at $100 billion, equivalent to 2⁄3 of the capital of the Asian Development Bank, and about half of the capital of the World Bank. China alone is believed to have invested almost $30 billion. Beginning from the second quarter of 2016, it is expected that the bank will lend $10 to $15 billion a year for the first five years of its operations.

In September 2015, the Wall Street Journal reported that up to 20 nations are ready and willing to join the bank, and are keen to contribute to the first funding projects of the bank.

The bank has 30 official founding nations, but will bring together about 57 nations in its initial operation. English has been selected as the official language of the bank.

At the inaugural ceremony of the bank, the Chinese president, Xi Jinping said that the bank will provide opportunity for nations to finance their basic infrastructure. “Asia’s financing needs for basic infrastructure are absolutely enormous,” President Xi said, adding that the bank is going to invest in high-quality and low-cost projects.

The Chinese Premier, Li Keqiang also said Asia needs investment in infrastructure and connectivity to remain the most dynamic region for global growth.

President of the bank, Jin Liqun also voiced the vision of the founding members:

“AIIB is now ready to join the family of multilateral financial institutions, investing in sustainable infrastructure for the improvement of lives across Asia,” Liqun said.

AIIB first appeared in the news in October 2013. According to the reports, the Chinese government was frustrated with what it described as the slow pace of reforms and governance by major global financial institutions like the International Monetary Fund (IMF), the World Bank, and the Asian Development Bank. The Chinese claimed these institutions are dominated by American, European and Japanese interests. As a result, in the name of fairness, the Chinese decided to establish the AIIB. However, the New Development Bank, also known as BRICS Development Bank, which was established in 2015, also receives significant Chinese participation. The BRICS Development Bank is a multilateral development bank operated by the BRICS states (Brazil, Russia, India, China and South Africa) as an alternative to the existing American and European-dominated World Bank and the IMF.

Russian officials have since stated that despite the fact that the AIIB and the BRICKS share similar goals, they will complement each other rather than compete.

“I think there is enough room for everybody. Our economy is so underinvested…So, the Asian bank, BRICS and other banks will have a field for investment,” Russian minister of economic development, Aleksey Ulyukayev said.

This Article (Hope For The Future: New Global Development Bank Ready To Serve The World) is free and open source. You have permission to republish this article under a Creative Commons license with attribution to the author and AnonHQ.com