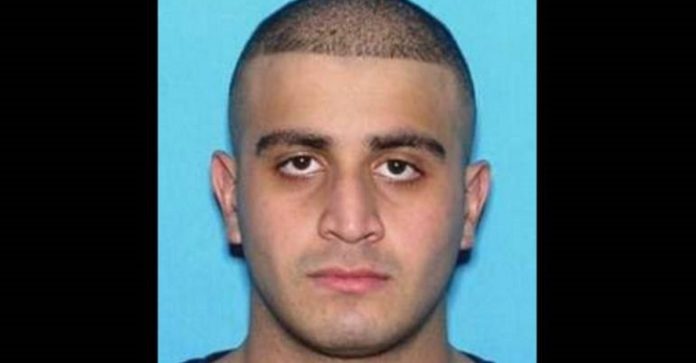 Though Americans continue to argue over whether it was mental illness, guns, radical Islam, or God that caused the horrific massacre in Orlando last weekend, one survivor may have provided insight into why Omar Mateen actually did it.

Patience Carter, a 20-year-old clubgoer from Philadelphia who was at Pulse the evening of the attack, recalled seeing and hearing Mateen as he terrorized victims, as reported by ABC News. She recounted waiting for hours for police to come, during which time she hid in a bathroom stall, injured from a gunshot wound to her leg.

“Throughout that period of hours, the gunman was in there with us, and he actually made a call to 911 from in there,” she said.

“Everybody could hear it — who was in the bathroom who survived — could hear him talking to 911 saying that the reason why he’s doing this is because he wants America to stop bombing his country. And from that conversation from 911, he pledged his allegiance to ISIS.”

Mateen was born and raised in the United States, but his parents came to America from Afghanistan, the first nation invaded after the terror attacks of 9/11. For 15 years, the United States has maintained a deadly military presence in the nation, devastating the population and sowing anti-American animosity. Indeed, Mateen’s own father had previously expressed some sympathy for the Taliban, though his allegiances appear to be muddled.

According to the Daily Beast, however, an anonymous senior law enforcement official paraphrased their account of Mateen’s call to the 911 operator. “I’m doing this to protest the U.S. bombing in Syria and Iraq and the killing of women and children… I’m doing this in solidarity with the Tsarnaev brothers and Moner Abu-Salha,” the officer reported the shooter said.

This account appears to contradict Carter’s, leaving room for further investigation and speculation on the shooter’s intentions. In a similar contradiction, he had pledged allegiance to opposing radical groups before pledging allegiance to ISIS. Regardless, both accounts of his call suggest he was motivated, in part, by ongoing American military involvement in the Middle East.

AlterNet’s Grayzone Project filed a Freedom of Information Act request on Monday to obtain a recording or transcript of the call to determine exactly what Mateen said, but their request was swiftly rejected the following day. “Janet Lugo, the records and identification unit supervisor for the Orlando Police Department, replied on June 14: ‘The records being requested are exempt from disclosure at this time. Section 119.071(2)(c)1., Florida Statutes, exempts from disclosure all active criminal investigative information,’’ the outlet reported.

Over two dozen news agencies, including the Orlando Sentinel, Chicago Tribune, Los Angeles Times, CNN, andWashington Post, have come together to demand the release of various 911 phone calls from individuals at Pulse that evening, including the one from Mateen.

Regardless, Patience Carter’s account of the shooting provided further insight into what was going through the shooter’s mind. As she said:

“And after [ending the 911 call], he then spoke to us directly in the bathroom. He said ‘Are there any black people in here?’ I was too afraid to answer, but there was an African American male in the stall — where most of my body was [sic] majority of my body was — had answered. And he said, ‘Yes there are about six or seven of us.’ And the gunman responded back to him saying that ‘You know, I don’t have a problem with black people. This is about my country. You guys suffered enough.’ He made a statement saying that it wasn’t about black people, this isn’t the reason he was doing this.”

While racism against African Americans might not have been a factor, Mateen, a chronically troubled man with abusive tendencies, nevertheless unleashed his rage onto undeserving innocents. Whatever the root cause, however, it seems evident the United States’ habit of bombing nations spurred the hate that inspired Mateen. Similarly, at least one of the Boston bombers and the Charlie Hebdo attackers were first radicalized by American policies in Iraq.

Before the clip of her statement ended, Carter returned to Mateen’s phone call, stressing that he made his intentions clear:

“But through that conversation with 911, he said that the reason why he was doing this is because he wanted America to stop bombing his country,” she said.

“So the motive is very clear to us who are laying [sic] in our own blood and other people’s blood, who were injured, who were shot — that we knew what his motive was and he wasn’t going to stop killing people until he was killed, until he felt like his message got out there.”

This article (Hostage in Orlando Attack May Have Revealed the Motive Behind the Shooting) is free and open source. You have permission to republish this article under a Creative Commons license with attribution to Carey Wedler andtheAntiMedia.org. Anti-Media Radio airs weeknights at 11 pm Eastern/8 pm Pacific. If you spot a typo, please email the error and name of the article at [email protected].