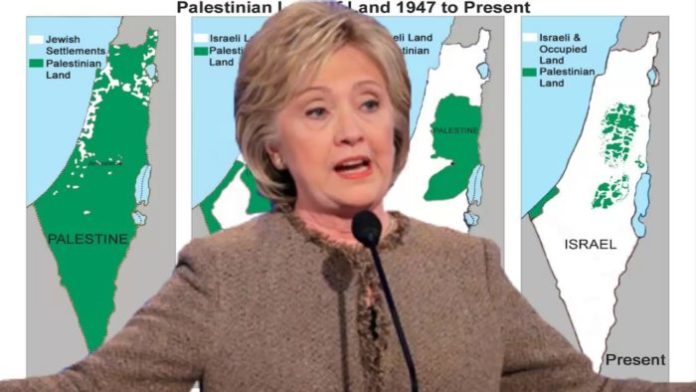 The 2016 presidential election in the United States will go down in the history books, perhaps as the election in which dirty secrets of the so-called political leaders of the country were exposed en masse to the public.

For a long time, many observers have said both the economic and political systems of the United States are rigged to favor the 1% of the country. Critics of this assertion have always responded that there was no evidence to back this, and that it’s a mere speculation and suspicion.

But now, we are hearing and seeing the evidence from the very people who want to, or are ruling the country. In this election contest, the nominee for the Grand Old Party, Donald Trump, has made the word ‘rigged’ part of his campaign message. Trump has said many times during his campaign that the country is ruled by pseudo individuals, and that he fears the election will be rigged. Trump’s statement has left many people worried, both in and outside the United States. In a new audio released by the Observer, the nominee for the Democratic Party, Hillary Clinton, has been caught saying that the United States should have rigged elections held in Palestine.

Clinton made this disturbing statement back in 2006, when she was running for a re-election to become a New York senator. At the time, she was touring and campaigning in New York City. She landed in Brooklyn to meet the editorial board of the pro-Israeli newspaper Jewish Press, for support. The exact date was Sept. 5, 2006.

During the meeting, Clinton said the United States should not have pushed for an election in the Palestinian territories, referring to the Jan. 25, 2006 election of the second Palestinian Legislative Council (the legislature of the Palestinian National Authority), in which the Hamas Movement recorded a resounding victory by sweeping 74 seats against the United States-backed Fatah Party, which won 45 seats. Hamas and Fatah are the two competing political movements in the Palestinian territories. Hamas favors using all available means, including force to liberate Palestine from the aggression of Israel. Fatah, on the other hand, wants a more liberal approach, putting the two factions at odds.  However, Fatah has won the backing of the United States, due to its lackadaisical approach for independence in the territories. The United States has condemned Hamas, branding it a terrorist organization. To this day, Hamas is still on the list of Foreign Terrorist Organizations of the State Department. “I do not think we should have pushed for an election in the Palestinian territories. I think that was a big mistake. And if we were going to push for an election, then we should have made sure that we did something to determine who was going to win,” the then Senator Clinton shamelessly told those present at the meeting.

Present at the meeting was Eli Chomsky, then serving as an editor and staff writer for the paper. He recorded Clinton’s words on his old-school audio cassette. Chomsky told the Observer he knew what Clinton had said was highly scandalous, and therefore decided to keep the audio for the right time to release to the public. The entire tape is 45 minutes long. In some parts, Clinton was heard urging the Israelis to continue their aggression against the Palestinians, especially Hamas.

Chomsky admitted he was shocked to hear these words from the mouth of Clinton. He said: “I was taken aback that anyone could support the idea offered by a national political leader, no less that the U.S. should be in the business of fixing foreign elections.” According to a biography available on the website of Jewish Press, Chomsky left the outlet in 2014. Chomsky might have made the recording public for political reasons. However, whether Chomsky supports Trump, or not, for presidency, that isn’t our business. Our business is that Chomsky’s leak has confirmed that the United States has been rigging elections, both home and abroad. At the very least, Clinton confirmed that herself, on the tape. This is very appalling. The United States carries itself around the world as an advocate and defender of democracy. Little did we know that this self-proclamation is nothing but a complete sham.

The next time your country holds an election, watch out. It may well be that the United States may have influence on who wins the contest.

This article (Hot Audio: Hillary Clinton Caught on Tape Encouraging U.S. to Rig Election in Palestine [Audio]) is a free and open source. You have permission to republish this article under a Creative Commons license with attribution to the author and AnonHQ.com.