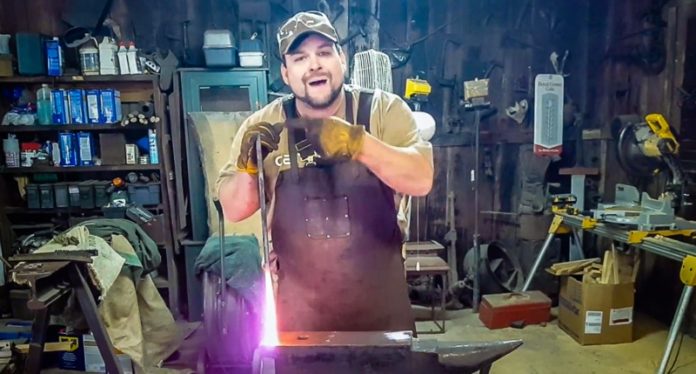 So here we are almost 15 years after 9/11 and the debate over jet fuel melting steel beams persists. The recent viral video addressing the “moronic jet fuel argument” is again a moronic argument in and of itself. It fails to address numerous other factors which have been part of the debate. What this video demonstrates is that a half inch steel rod can be heated up to 1800 degrees Fahrenheit and bent. That’s it. The creators of this video appear to jump into a conversation that has gone on for more than a decade, seemingly unaware that their demonstration does nothing but attempt to newly establish facts that have long been put to bed.

The title of the video is also misleading as nothing in the video melts. The idea that jet fuel can melt steel beams and turn them into the molten metal we have all seen in videos and pictures is an obvious fabrication. I don’t believe anyone even attempts to make that claim. The fact of the matter is that steel beams in a large structure do soften and lose structural integrity. The real question up for debate is whether or not jet fuel which burns at a maximum of 1500 degrees Fahrenheit could have softened the steel sufficiently to cause global collapse and account for the other unusual anomalies. What anomalies? Well for starters the previously mentioned molten metal, most likely iron, which was found pooled beneath the three fallen towers. Jet fuel, even at 1800 degrees which was the temperature demonstrated in the video, could never has caused this. Now one of the biggest questions people ask is although jet fuel burns at 1500 degrees, were the fires actually that hot inside the world trade center? This is hotly debated. As the towers fell, people will assume that the fires must have been hot enough to weaken the steel. The problem with this assumption is that the fires in the impact zone appeared nearly burned out by the time of collapse. This was confirmed by firemen who described the floors affected by the impact as containing only small pockets of fire. This is also demonstrated in the famous photo of Edna Cintron who is caught waving from the opening made by the jet plane in WTC 1. In all videos of the two airliners impacting the twin towers, you can clearly see the large orange fireballs as the planes impact. The only conclusion that can be drawn fro this is that the majority of the jet fuel was burned off in the seconds immediately after impact. That being the case, typical office fires are found to burn at temperatures ranging from 570 degrees Fahrenheit with a high end of 1700 degrees Fahrenheit, averaging around 1100 degrees. Far below the required heat to result in the toppling of the towers.

The biggest problem with video like the moronic jet fuel argument, is that it is pure disinformation. Most of the time, people think that disinformation is only perpetrated by the government. This is not the case. The video proves that 1800 degree torches can bend a steel bar. No one can deny this, but the connection between bending a heated steel bar and the collapse of the twin towers due to jet fuel fires is a stretch and uses facts out of context. That is often the problem with the disinformation created by the general public. Debunkers fall into the same traps that many truthers fall into. They attempt to make arguments without understanding the argument in the first place. Such is the case here. While the motives of this debunker appear to be genuine in nature and well intended, we all know what paves the road to hell.