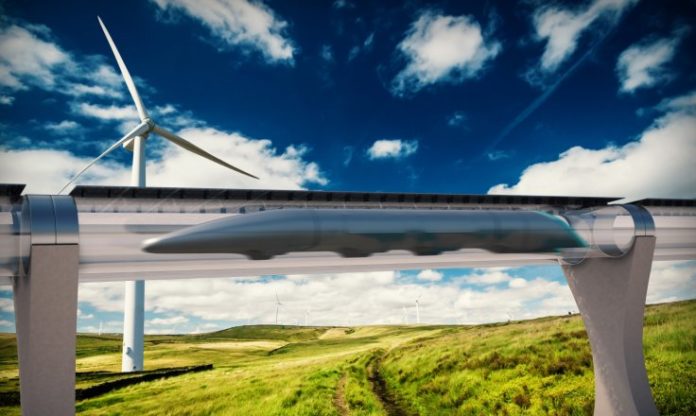 When Elon Musk , the Tesla CEO, first proposed his idea of Hyperloop —a long system of pressurized tubes that would allow for super-high-speed of 800 mph travel between San Francisco and Los Angeles— in 2013, the concept was thought of a geek fantasy.

But now Hyperloop Transportation Technologies has closed a deal with developers of Quay Valley in central California to begin construction of world’s first supersonic overland transport system along a stretch of road right near the Interstate 5 freeway between San Francisco and Los Angeles.

Construction of the first 5-mile Hyperloop stretch will start in 2016, get completed by 2019 and will cost about $100 million. Almost 200 engineers from NASA, Yahoo!, and Airbus are involved in the project realization. There is also a group of 25 students from University of California working on different issues including cost estimation, route planning, and capsule design. The estimated cost of the full Hyperloop, which would run 400 miles in length between the two cities, is $8 billion. “This five-mile stretch will allow us to completely test the technology, from the boarding process to the safety procedures – really everything except top speed,” said Dirk Ahlborn, CEO of Hyperloop Transportation Technologies (HTT). “We will move people and cargo at speeds never thought possible. We will make the world smaller, cleaner and more efficient,” states HTT on their official website.

The Hyperloop is the idea of Tesla Motors and Space Exploration Technologies founder Musk, who outlined a vision for transporting people at high speeds in capsules that will be pushed through a series of tubes stretching over thousands of miles.   After announcing his idea, Musk said he would not fund or actively work on any projects to build the Hyperloop. Musk has since announced plans to build a Hyperloop test track in Texas.

The Hyperloop, which Musk dubs “the fifth mode”, would be as fast as a plane, cheaper than a train, weather-proof, and will emit no carbon from the tailpipe. If people could get from Los Angeles to Las Vegas in 20 minutes, or New York to Philly in 10, cities become metro stops and borders evaporate, along with housing price imbalances and overcrowding.