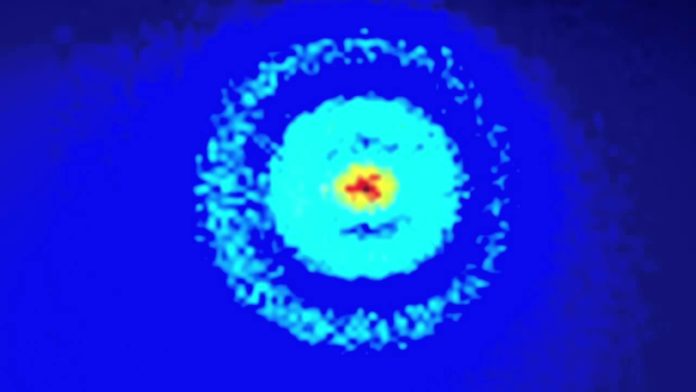 The race of making things small will never end and nor will the attempt of keeping strings of ones and zeros in small data storage cards. Keeping this in mind, one of the tech giants has found a way to store information on an atom, making this advancement the first of its kind.

“It is a landmark achievement,” says Sander Otte, a scientist from the Delft University of Technology in the Netherlands. “At last, magnetic stability has been demonstrated undeniably in a single atom.”

The discovery was first published in the scientific journal Nature, during the start of this month. IBM, the ones pioneering this storing of information on an atom, have carried out their research at Almaden Lab’s in Silicon Valley. The company says this discovery could change the way in how we store data.

The scientists at IBM discovered a method by which they could magnetise different types of atoms of an uncommon element know as Holmium. Just like a normal magnet indicates a north and south pole, the scientists labelled the north and south pole on Holmium as ones and zeros. The atoms of this rare element are hooked to a different material that keeps them together, and all of this takes places at a chilling -450 degrees Fahrenheit or -268 degrees Celsius.

The researchers said they used a sharp and accurately designed pin that passes electrical current through the sets of atoms that react to the currents altering their poles (ones and zeros). This occurs exactly as if the information was stored on a hard drive with magnetic properties. Once the process of passing the current through is complete, they hold their new positions, which allowed the scientists to measure the atoms changed state. This process is similar to mirroring the way a traditional computer reads information to form a hard disk.

The team used a special microscope called the Scanning Tunnelling Microscope. This allowed them to control and view the activity of the atoms.

Furthermore, the researchers then tried to place the two atoms closer to each other, to see if their magnetic interference would alter the information stored on them; surprising them when it didn’t.

One member of the research group stated that according to the principles of quantum physics, the mechanical effects do not come into play. He further said they have discovered new possibilities for the science of quantum physics by altering and handling every atom in exactly the manner they want.

According to the magazine, using a number of single atoms is going to increase the amount of data storage possible; and the team is working on making large sets of single atom magnets. However, the new system is still a long way away from everyday use.

This article (IBM Discovers a Way of Saving Data on an Atom) is a free and open source. You have permission to republish this article under a Creative Commons license with attribution to the author and AnonHQ.com.