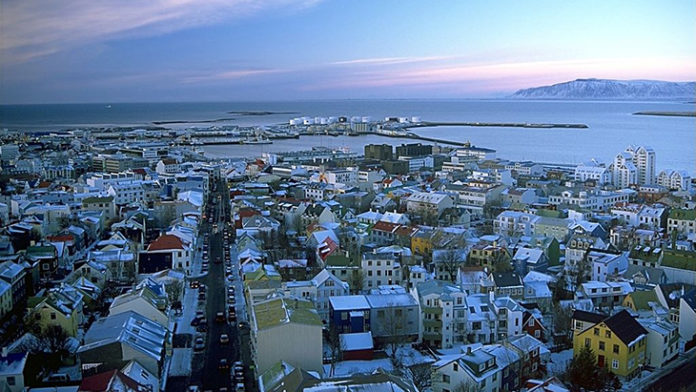 The city council of Reykjavik, Iceland’s capital, has voted to ban all Israeli-made goods in protest of the continuing “occupation of Palestinian territories” and Israel’s “policy of apartheid” against Palestinians. Concerns regarding Israel’s policies towards the Palestinians were renewed following Israel’s announcement in July that it would build Israeli homes in the contested West Bank, inciting violent protests.

Most countries consider these new settlements, as well as previous ones, illegal, and even the US State Department has expressed its concerns over Israeli settlement expansion. In the past, Reykjavik’s city council has been critical of Israel and has previously adopted resolutions that acknowledge Palestinian rights to independence and a sovereign nation. According to Iceland’s foreign ministry, the small island nationpurchased $6 million of Israeli imports, most of which in the form of fruits and vegetables, equipment, and machinery.

Iceland’s national government said that the boycott would only be limited to the country’s capital and has tried to distance itself from the action of Reykjavik’s city council. Yet, as Iceland’s largest city and home to half its population, Reykjavik’s decision to boycott Israel will likely cause some economic impact though it is hard to say whether or not it will be significant. Israeli exports totaled $53.7 billion in 2014, meaning its exports to Iceland represent a meager 1.1% of its total annual exports.

Overall, it appears that Israel is much more concerned with the symbolic impact of the boycott as opposed to its economic effects as they have been actively fighting against several recent international boycotts in response to Israel’s treatment of the Palestinian people, most notably the BDS movement (Boycott, Divest, Sanctions).

Concerns about the growth of boycott movements have led Israel to pass legislation allowing for the deportation of foreign activists, to threaten the lives of BDS supporters, and to lobby for legislation in other countries to prevent future boycotts. They have even teamed up with Facebook to try and prevent criticism of Israel on social media.

“A volcano of hatred is erupting out of the city council building in Reykjavik. Without any reason or justification, other than pure hatred, we hear calls to boycott Israel. We hope someone in Iceland comes to their senses and stops the blindness and the one-sidedness that is directed at Israel, the only democracy in the Middle East.”

Some Icelanders were also critical of the boycott, including a local attorney who said the ban on Israeli goods violates the Icelandic constitution. It remains to be seen if Israel will take action against Iceland as a result of the new boycott.