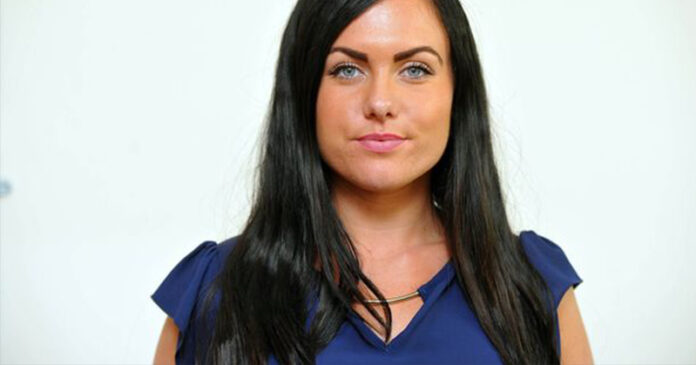 Have you ever been talking with someone, either face-to-face or over the phone, and they’ve mentioned a product they like, a show they’ve started watching, or a new subscription service they’re trying out? Chances are you have- that’s just a part of everyday conversation. But have you ever been scrolling through Facebook or Instagram after that conversation- maybe minutes or hours later, or perhaps the next day, and had an ad pop up for the exact product or service that you were talking about? The talk of Facebook spying is becoming more frequent and for good reason.

If you have experienced this, you’re not alone. This has happened to millions of people around the world, which has led many to ask the question: Is Facebook listening to my conversations? Is Facebook spying on me?

Tyler Mears: “I Was Targeted With This Ad”

Tyler Mears, a woman living in Wales, has had this exact experience, multiple times. After having a couple of passive conversations- one with her partner and one with some colleagues- she was targeted with an ad. The product in question? A female urination device.

Mears had never looked online for this product or done any kind of research on it, just had a casual, laughing conversation with a few people about it.

She laughed it off, but then it happened again. This time, a colleague had sent her a video of a man attempting to stab a police officer while being arrested. She later showed the video to her partner, and they talked about how lucky he was to have been wearing a stab-proof vest. Later that night as she scrolled through Facebook, she was shocked to find an ad for a stab-proof vest [1].

Suspicions that Facebook and associated apps like Instagram are using our phones’ microphones to listen to our conversations and target ads are not exactly new, Facebook executives have been questioned about this since 2016, and have categorically denied it since the beginning.

“Yes or no, does Facebook use audio obtained from mobile devices to enrich personal information about users?”

Zuckerberg, without hesitation, answered with one word: No [2].

Despite repeated denials, the rumor, which Zuckerberg often refers to as a “conspiracy theory”, has persisted.

CBS This Morning host Gayle King asked Instagram executive Adam Mosseri how an ad for something could appear on her feed when she’s never searched for it, only talked about it in passing with someone else, he said the company doesn’t look at your messages or listen to your microphone, stating that it would be very problematic for a variety of reasons.

“But I recognize you’re not gonna really believe me,” he added [3].

While it is easy to believe that these big-shot executives are lying to us, the truth is that they probably aren’t. To wiretap, users would be highly illegal and very impractical. Not only would it require storing an unrealistic amount of data, but it would also need software that is sophisticated enough to analyze the minute details of human speech and decipher what is and is not important [4].

How then, do you explain an ad appearing on your Facebook or Instagram feed for that monthly dog toy subscription that your friend was talking to you about at a party on the weekend?

“Facebook is eavesdropping on you,” says Jamie Court, the president of Los Angeles-based Consumer Watchdog nonprofit. “It’s just in a different way.” [3]

No, Facebook is not listening to you, but their methods of data collection have become so sophisticated and complex that their ad-targeting has become eerily accurate- so much so that it feels like they have eyes and ears spying on you wherever you go.

“They actually have ways of coming to know things about you that we don’t fully understand yet,” explained Same Lavigne, a Brooklyn-based artist who explores the intersection of technology and society [4].

Facebook, for its part, does offer an explanation for this in its “why you’re seeing this ad” feature, which can be accessed by clicking the three dots in the top right-hand corner of the Facebook ads menu.

Basically, a company has a target audience that they want to advertise to, for example, “women over 18 living in Los Angeles”. If you fall into that category, you might see their ad on your feed- but it goes deeper than that.

Let’s say you’re talking with your friend who also falls into that category, and she has already interacted with that ad, or even perhaps purchased the company’s product. Facebook’s algorithm sees that you are with that friend, and knows what other things you have in common (for example, you both have a dog).

Maybe while you’re with that friend, you post a picture of the two of you together with your dogs. That is even more fuel for the algorithm to determine that you might be interested in the same product.

Now that Facebook has all this information confirming that you are a potential customer for the company in question, they’ll send you the ad. This intricate and precise system of data collection happens so quickly, that it feels like they were spying on your conversation, which, in a roundabout way, they were [3].

Facebook Isn’t Listening to You… But They Are Tracking You

The company admits that it collects “content, communications, and other information” that you interact with. This includes the photos and videos you post or like, the accounts you follow, the hashtags you use, and the groups you’re connected to.

Furthermore, if you give your permission, Facebook can track you wherever you go, even when the app is closed. But it’s not so obvious as the app asking if you want them to do this.

If you’ve ever been about to post something on Facebook or Instagram and a pop-up has encouraged you to “Turn on Location Services” in order to automatically select the tag for the city you’re in, and said yes, you’ve given them permission to track your location [3].

Can You Limit Facebook’s Tracking?

There are some steps you can take to limit the company’s ability to track everything you do. Under the “Ads” subsection in the Facebook Ad Preferences section on the app, you can fine-tune what information is given to advertisers. This doesn’t stop them from collecting the data, but it will mean less information is being given to companies and brands.

This, however, won’t stop you from seeing ads, and you will still be targeted based on your age, gender, location, and other demographic data [3,1].

You can also refuse access to location data by clicking the “Manage Settings” tab on the app and setting the location tracking to “Never” [3].

That being said, no matter how much you attempt to restrict the app’s permissions, if you’re using Facebook and interacting with people on the app, a large amount of your data and information can still be collected. Facebook addresses this on its FAQ page:

“We may still understand your location using things like check-ins, events, and information about your internet connection,” [3].

Gaming Apps are in on it Too

Gaming apps like “Pool 3D,” “Beer Pong: Trickshot” and “Real Bowling Strike 10 Pin” also track your information to target ads. Once downloaded onto your phone, they use a software called Alphonso to track the viewing habits of their users [5].

This software, however, does use your microphone- to find out what you’re watching by identifying audio signals in TV ads and shows. It can also match this information with the places you’ve been to more accurately target ads.

Alphonso says that its software does not record human speech, and that the company cannot gain access to the users’ locations or microphones without their permission. Users can also opt out at any time [5].

When in Doubt, Opt Out

So is Facebook spying on you? Yes, kind of, but not in the way you’re thinking.

The truth is, if you use social media, play games on your phone, or even if you use a weather app, your data is being collected. So, if you really want to limit how much of your information is going to advertisers, your best bet is to get rid of social media altogether.

If going off Facebook and Instagram is not something you’re willing to do, then you will just have to be ok knowing that your information is being collected. 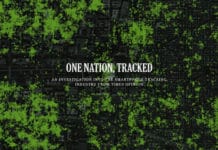 The “Most Important Article You Should Read Today. Period.”