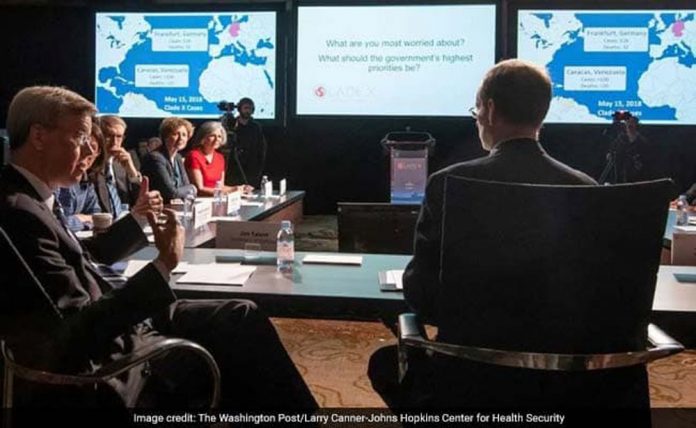 A group of researchers from Oxford University have sounded the alarm bell; that the world will soon be hit with a major catastrophe that could see the death of about 10% or more of the Earth’s human population.

The researchers said the calamity will come from asteroids, development of Artificial Intelligence (AI) and synthetic biology, which could give way for the rise of some deadly viruses.

Super volcanoes and nuclear war were also added to the danger list, which could annihilate humanity. The researchers made this known in their special report known as Global Catastrophic Risks. Specifically, the report predicted that the biggest threat to humanity over the next five years will come from asteroids, super volcanic eruptions or other “unknown” risks.

However, in the long term, it is artificial biology which could open the door for ‘off-the-shelf’ deadly viruses; nuclear war and devastating climate change can also pose the greatest threat. Also, the development of AI will also give rise to robots, which the study says could be deadly to humanity.

The Director of the Global Priorities Project, Sebastian Farquhar said looking back at past events, and what is happening currently, it points to the fact that something dangerous could happen to humanity soon.

“There are some things that are on the horizon, things that probably won’t happen in any one year but could happen, which could completely reshape our world and do so in a really devastating and disastrous way. History teaches us that many of these things are more likely than we intuitively think,” Farquhar said. Mr Farquhar also said it is just a matter of time that the self-proclaimed Islamic State of Iraq and Syria will be able to manufacture deadly diseases such as the smallpox virus, spreading it via the Internet black market, to their targets.

He said “We have seen that in the field of synthetic biology and genetic manipulation of small organisms or things like viruses, the cost has come down unbelievably in the last decade. It is still too expensive to worry about rogue groups trying to use the technology, but that might not remain true.”

The researchers agreed that as the disaster is not that far from us, various governments are not responding to it with the necessary solutions, but are rather pursuing policies that will further even aggravate the situation.

The report therefore called for the international community to improve planning and coordination for pandemics, investigate the possible risks of AI and biotechnology, and continue to cut the number of nuclear weapons down in their countries. Particularly for AI, some scientists and inventors have said humans must be careful with its development, as it could pose a great risk to humanity.

The British theoretical physicist and cosmologist, Professor Stephen Hawking told the BBC in 2014 that the development of full AI could spell the end of the human race. (AI assists Mr Hawking in his communications. It makes him think faster than the rest of us.)

The Chief Executive Officer of Tesla Motors, Elon Reeve Musk has also added his own concerns that AI could potentially be more hazardous to humanity. Mr Musk is also the co-founder of SpaceX, a commercial space flight company.

As it stands now, we need to only keep our fingers crossed. It seems that the end of humanity is near, and it only requires extraordinary commitment to avert us from the calamity.

This article (Impending Calamity: Asteroids, Robots and Deadly Viruses will kill Millions of People on Earth ) is a free and open source. You have permission to republish this article under a Creative Commons license with attribution to the author and AnonHQ.com.