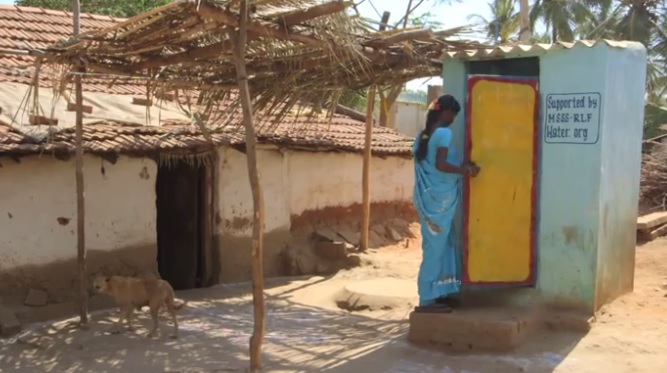 Far more people in India, the world’s second most populous country, have access to a mobile phone (over 75%) than to a toilet and improved sanitation. While toilets are taken for granted in the West, in India they are a luxury. About 70% of households in India have no access to safe and private toilets, which means more than 700 million people defecate in the open, pollute water sources, contribute to malnutrition, and impair children both physically and mentally.

Indian women are worst affected. From death due to childbirth-related infections, to loss of economic output and the risk of being attacked and raped, the number of problems women face in India due to lack of toilets is unimaginable.

Is having a toilet that important?

A toilet in India changes lives forever. It not just saves money people spend on doctor’s visits due to diarrhea and other infections derived from open defecation, it saves time: to work more, to live more, to love more, to flourish more.

An Indian bride refuses to marry her groom who has no toilet in the house: https://t.co/gQLYd9U4Ud #India #toilets pic.twitter.com/akExCldeeN

No wonder, India has spent over $3 billion on constructing toilets across the country since 1986. In 2014, the government announced to spend an additional $31 billion to construct 111 million toilets in rural areas by 2019. In 2015, the World Bank approved a $1.5 billion loan to support the Indian government in its efforts to end the practice of open defecation by 2019. Since March 2015, about 21 million toilets have been constructed; 90 million more toilets need to be built to make the country open-defecation free.

India encourages single male villagers in UP to build toilets in their homes with slogan ‘No toilet, no bride’

Water.org, founded by Gary White and Matt Damon, is providing safe drinking water and adequate sanitation facilities to the families living in five Indian states: Andhrah Pradesh, Karnataka, Madhya Pradesh, Orissa, and Tamil Nadu. Watch the video below to see how one woman’s life changed forever when she got a toilet thanks to water and sanitation loans provided by Water.org:

This article (India: How Toilets are Helping Protect Women and Their Health [VIDEO]) is a free and open source. You have permission to republish this article under a Creative Commons license with attribution to the author and AnonHQ.com.