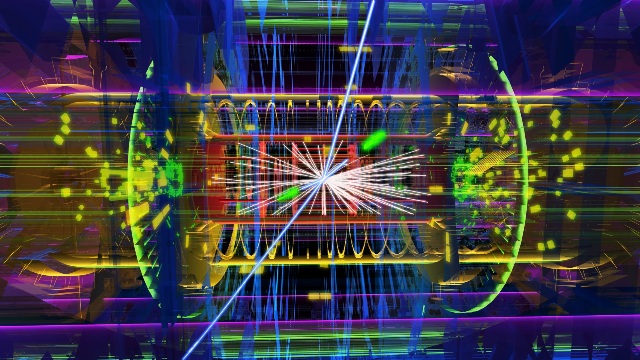 Quantum science has some really mind altering theories, hence, scientists from Australia have performed an experiment that resulted in a very vivid theory about the existence of reality – as in it does not exist until it is measured on a large scale. According to the scientists, it was simply a matter of a thought; that is, if there is an object that has the ability to act like a wave or a particle, then at what point does the object decide?

Our thinking capabilities would limit us with the fact that the object is either a wave or either a particle, by its actual trait. Our ability to quantify the object will have almost nothing in connection with the answer. However, the quantum scientist stated that it all depends on the measurement of the object that makes this theory unique – that is, its measurement at the end of the objects journey, all thanks to the scientists that lead this experiment at the Australian National University in Canberra, Australia.

According to Andrew Truscott, who is leading the experiment at the university, he stated that reality does not exist if one does not look at it- at least on the quantum level. He further stated, that measuring everything is very important.

However, the experiment that inspired the theory, was inspired by one of the thought experiments conducted by John Archibald Wheeler 38 years ago. However, it wasn’t set in motion, because of the lack of technology back then. Thanks to the technology now, scientists were able to perform the experiment utilizing atoms of helium, which were spread using a laser beam.

Roman Khakimov a Ph.D. student working on the experiment stated that the predictions made in Quantum Physics concerning light, work differently when applied to light, as light is more similar to a wave. However, when experimenting with atoms, it gets more complex. However, the experiment was recreated by trapping a few atoms of helium together in a suspended state, and then they were not ejected until one atom was left.

To successfully recreate the experiment, the group added helium atoms in a suspended state of dilute gas, which was then cooled down at -273.15 degree Celsius. This resulted in a single atom because of the temperature. This single atom was then beamed via the laser that resulted in a grating pattern, which helped in identifying the different frequencies of light. A second grating pattern was added for recombining the scattered light – which was later added after the atom had passed the first grating stage.

However, when the second grating was added, it directed to both a constructive or detrimental value, which was solely depending on if the atom had journeyed via the two courses, naturally like a wave should.

However, the funny thing is, that when that second grating was installed, there no interference was seen. The atom never chose the other route. Remembering that the second grating was installed after the atom had crossed the initial path, suggests that the atom had not yet established its trait before being evaluated for the second time. So, if we say that the atom did utilize a path(s) at the first route, then the following measurement was influencing the atom’s course.

According to Khakimov, the atoms did not travel from point X to point Y, but rather when they were measured at the end of their journey, their wave or particle-like activity was contributed into presence. Even though this experiment is extremely weird and hard to understand, it is merely a proof of the theory that exists in the very small things of the world around us.

Using such theories, we have managed to create chips inside our computers, laser lights, LED’s and many other things around us. Who knows what else the future holds for us?

This article (A New Experiment Confirms That Reality Does Not Exist If You Are Not Looking At It) is a free and open source. You have permission to republish this article under a Creative Commons license with attribution to the author and AnonHQ.com.