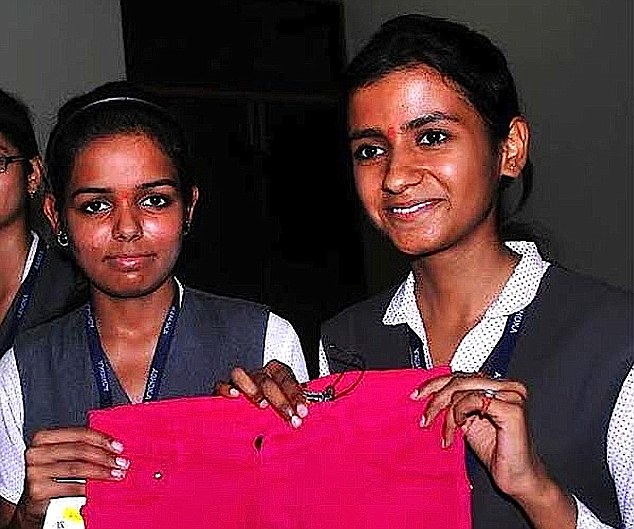 India, a country known for its beautiful Taj Mahal. Unfortunately, this country has also
its reputation from another thing; rapes. In India, rapes occur every 22 minutes
according to government figures. The government might has tried everything, but to
little avail.

Therefore, the citizens themselves should try to combat the rapes. And that is exactly
what happened. Two Indian women have made a design; an anti-rape jean that sends a
distress signal, which gives the location of the victim to local police.

The designers, Diksha Pathak who is 21 and Anjali Srivastava who is 23, are from India’s
northern Varanasi city. They say they have installed a small electronic device, a sort of
tracker, in the jeans that will send a signal to the nearest police station after you pressed a
button.

Almost 200 police stations have been equipped with the technology to receive the signal
from the jeans.

Next month, tests will be conducted and if they are successful, the system will be expanded
nationwide. “We came up with the idea after a string of brutal attacks against women in
India,” the women said.

Last month, Indian people were outraged because of the deaths of two girls, aged 12 and 14,
who were gang-raped and lynched in an impoverished village in the northern state of Uttar
Pradesh.

“We have been thinking of making this device for a long time,” said Pathak, a science
student and daughter of a cab driver. “My father is often making himself ill with worry each
time I am coming home late.”