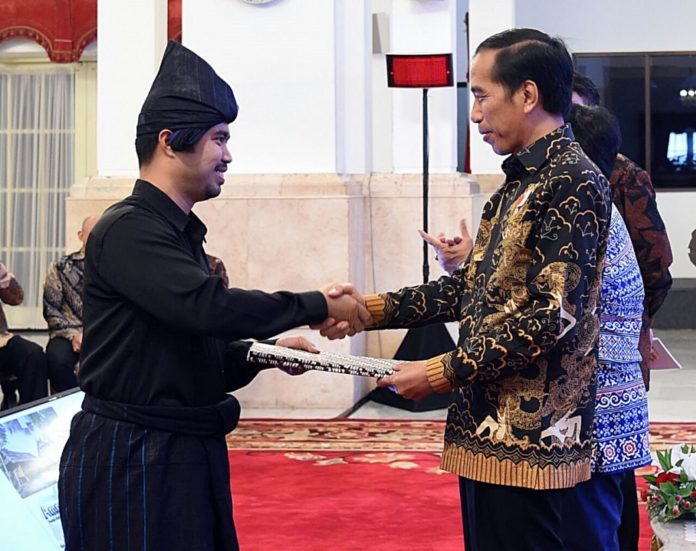 Indonesian Government recognizes preservation of indigenous culture is crucial to manage natural resources and save the economy.

Indonesian President Joko Widodo officially returned stewardship of some forest lands to indigenous tribes, in a ceremony called the “Declaration of Recognition of Indigenous Forests”. The land has long been a source of conflict between the Indonesian government and the country’s native population.

Indonesia is a Southeast Asian country comprised of thousands of volcanic islands, making it the world’s largest archipelago. The nation is situated between Singapore, the Philippines, Papua New Guinea and Australia. A former Dutch colony, Indonesia struggled for independence until the mid-twentieth century. Given its widespread nature, Indonesia has rich biodiversity and is home to hundreds of ethnic groups, speaking a multitude of languages.

The Rainforest Action Network reports “Indonesia has one of the highest deforestation rates in the world, and just under half of the country’s original forest cover now remains”. This extreme loss of natural resources is having a serious impact on the economy, as ecosystem services account for a major portion of national GDP. In this context, forest preservation is crucial for Indonesia’s economic survival.

The situation became dire for the Kajang indigenous community when a prior government administration changed the management status of Kajang forest area from “indigenous” to “production forests with limited uses”. Involvement of the private sector soon followed, using the land to develop rubber plantations.

The present Indonesian government intends to observe traditional native approaches to resource management. As expressed by President Widodo during the ceremony,  “The recognition of customary management of forests is not restricted to the acknowledgment of communities’ rights as stated in the 1945 Constitution. Recognition also means an appreciation of Indonesia’s original values and its identity as a nation”. Widodo’s administration has previously stated the intention of allotting 12.7 million hectares of rainforest to community management by 2019.

Representatives of nine indigenous communities attended the ceremony, as well as advocates from members of the World Agroforestry Centre and Global Affairs Canada. The Kajang tribe stands out, according to Andi Adriardi from the Balang NGO working with the AgFor project, “The Indonesian national government identified the case of the Kajang indigenous forest as a good lesson that approaches perfection. It is a well-managed forest where the Kajang have developed a set of local regulations that affirm, recognize and protect based on traditional management, which is supported by modern spatial mapping”.

Awareness is growing worldwide of the close correlation between natural resource management and preserving indigenous culture. “An important next step will be providing the community with the knowledge, skills and resources to enhance their management to ensure that their forests remain assets for future generations”, said agroforestry scientist James Roshetko.

This article (Indonesian Government Officially Returns Tropical Forest Lands To Indigenous Tribes) is free and open source. You have permission to republish this article under a Creative Commons license with attribution to the author and TrueActivist.com