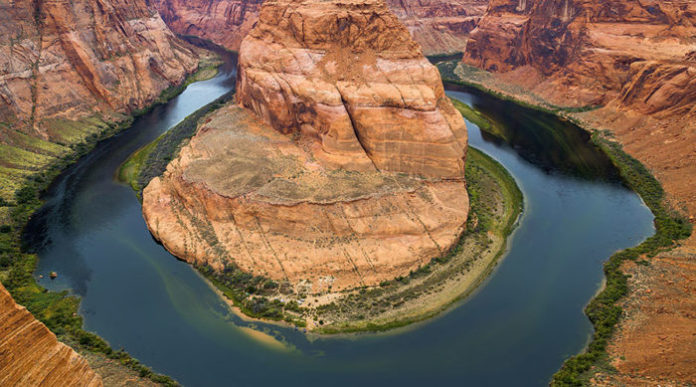 Water is life. Water is everything on Earth. Modern human activities are hugely impacting negatively on the environment, threatening our water bodies. According to the United Nations, more than 2.9 billion people will be without water over the next nine years. As many as 48 countries across the world will face an acute water shortage during that same period, the United Nations revealed.

The worrying part is that we’re not putting any concrete measures in place to combat or mitigate the impending disaster. We’re more concerned with wars to dominated and plunder resources belonging to other people. This has led to the fundamental problems, such as the looming water shortage, to worsen. A group of researchers from Colorado State University and the University of Arizona have said in a new study that residents of Southwest United States will face water shortages as a result of the continuous decline of the Colorado River.

The Colorado River has a length of about 2, 334 km. It runs through seven states in the United States and two states in Mexico. In the United States, the river supplies water to residents in cities including Boulder, Denver, Salt Lake City, Las Vegas, Phoenix, Tucson, San Diego and Los Angeles.

The New Yorker reports that the river irrigates close to six million acres of farmland. It also powers the hydroelectric plants at the Hoover and Glen Canyon dams, serving as the principal source for the country’s two biggest man-made reservoirs. Apart from these, the river, in addition, supports recreational activities that are said to be worth around $26 billion a year for the United States. The Colorado River Basin has been in drought since 2000. The water levels have continued to decline since then.  According to the researchers, the decline of the river is caused by global warming. The researchers predicted that by the middle of this century (2050), the water levels will drop by 5 million acre-feet. And by the end of the century, it will suffer up to a 55% reduction in volume, the researchers wrote in their study.

This would leave over 41 million Americans living in the area with a water shortage. The researchers revealed they began investigating the problem after noticing that recent Colorado flows were lower than water managers expected, given the amount of precipitation. The projected loss is equal to the amount of fresh water used by 2 million people a year.

The researchers said they looked at the drought years of 2000-2014, and found that 85% of the river’s flow originates as precipitation in the Upper Basin, the part of the river that supplies portions of Wyoming, Utah, Colorado and New Mexico. The research team found that during 2000-2014, temperatures in the river’s Upper Basin were 1.6 degrees F (0.9 C) higher than the average for the previous 105 years.

“We’re the first to make the case that warming alone could cause Colorado River flow declines of 30 percent by midcentury and over 50 percent by the end of the century if greenhouse gas emission continue unabated,” said Jonathan Overpeck, professor of geoscience and hydrology at the University of Arizona, announcing the discovery.

The researchers revealed further they synthesized 25 years of research about the effects of climate and climate change on the region, and how temperatures and precipitation alter the river’s flow. Water loss increases as temperatures rise because plants use more water, and higher temperatures increase evaporation loss from the soil and from the water surface and lengthen the growing season.

The entire US south-west is heading for a ‘megadrought’ that is going to last decades https://t.co/5IEE7Z3i3D

According to the researchers, their research is the first to quantify the effects of temperature and precipitation on recent Colorado River flow.

Professor Overpeck said: “This paper is the first to show the large role that warming temperatures are playing in reducing the flows of the Colorado River.”

The researchers recommended drastic reductions in greenhouse gas emissions. They also urged the country’s water managers to incorporate the study into their long-term planning efforts.

This very expensive GLOBAL WARMING bullshit has got to stop. Our planet is freezing, record low temps,and our GW scientists are stuck in ice

But will the federal government pay attention to this study? Remember President Donald Trump believes global warming was created by China to make the United States manufacturing industry non-competitive. Trump has better things to deal with than global warming. He has proposed the increase of military spending by 10% this year, planning more wars and more deaths. Drought is of little consequence to the politician.

This article (41 Million Americans at Risk as Colorado River Declines at Unprecedented Rate) is a free and open source. You have permission to republish this article under a Creative Commons license with attribution to the author and AnonHQ.com.